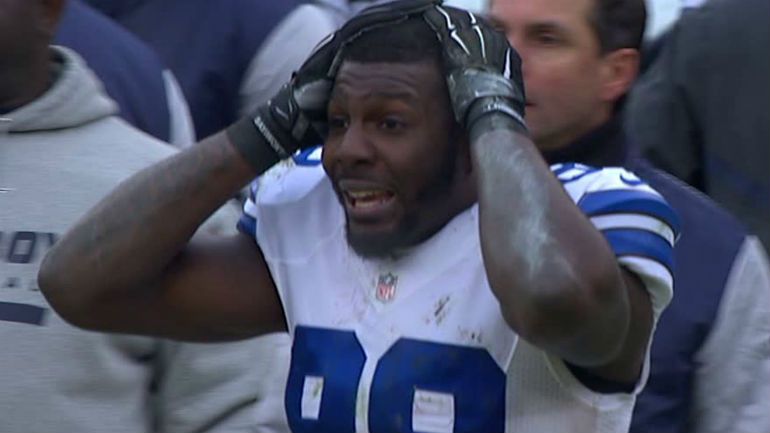 Following three straight seasons of an increasing number of critical drops in crucial situations, the Cowboys returned the favor on Friday the 13th, unceremoniously dumping their underperforming diva wide receiver Dez Bryant. The move comes about two years too late, in my opinion. But it’s stuff like this that makes following Jerry Wayne’s Cowboys so every-day-of-the-year interesting.

Bryant’s production has dramatically dropped over the past three seasons. He’ll turn 30 this year, but he’s missed more plays and more games the past three seasons — and dropped more balls — than a 40-year-old. And he’s never been worth the headache. You can’t get away with blowing up at teammates and coaches on the sidelines or sulking in the locker room or being arrested for assaulting your mother unless you’re winning Super Bowls. And the Cowboys aren’t.

I’ve always thought the Cowboys played better when Bryant was injured or otherwise not in uniform. It seems the team would go on little winning streaks when Dez was on the sidelines and then, when he’d get healthy and return to the lineup, they’d lose. Because of both his outrageous salary and his poor attitude, the quarterbacks had to force the ball to him. He couldn’t get open and he couldn’t catch, but they’d keep forcing it to him to keep him from throwing a fit. The whole thing would get out of sync in about three drives and the Cowboys offense would falter.

Dez knew he was going to have to take a pay cut heading into this 2018 season, but the Cowboys knew he couldn’t handle a pay cut. He doesn’t have the temperament to withstand the insult of a drop in status. He can’t function as anything less than a number one guy. If he and the Cowboys agreed to keep him on the team at a lesser salary, it would have been disastrous in the locker room. Cancer. Gangrene. Toxic. Much worse than anything we’ve seen from Dez in the past — and that’s saying something significant.

So Dallas didn’t even offer him a reduced deal. Jerry just pulled him in and cut him, something he should have done at least two years ago.

Bryant responded in his typical way, with a tweet that read, in part, “If I didn’t have my edge, I got it now. It’s personal… very personal.”

He wants to stay in the NFC East so he can play against the Cowboys twice a year and exact his revenge. But the reports I’m reading say the Eagles, Giants, and Redskins have no interest. At any cost. Dez is saying all the right things today, selling himself to potential suitors. It’s just too bad it took getting cut to compel Dez to want to meet with wide receivers coaches and study film and work on his routes and read a playbook. It took getting cut for Bryant to find his edge.

The truth is, Dez can’t be less than a number one guy. No team that has a chance at winning anything big in the next couple of years is going to sign Bryant as a number two receiver because he’ll eat up the locker room and destroy the franchise. Dez will wind up as the number one guy on a really bad team. Which is where he’s been his whole career.