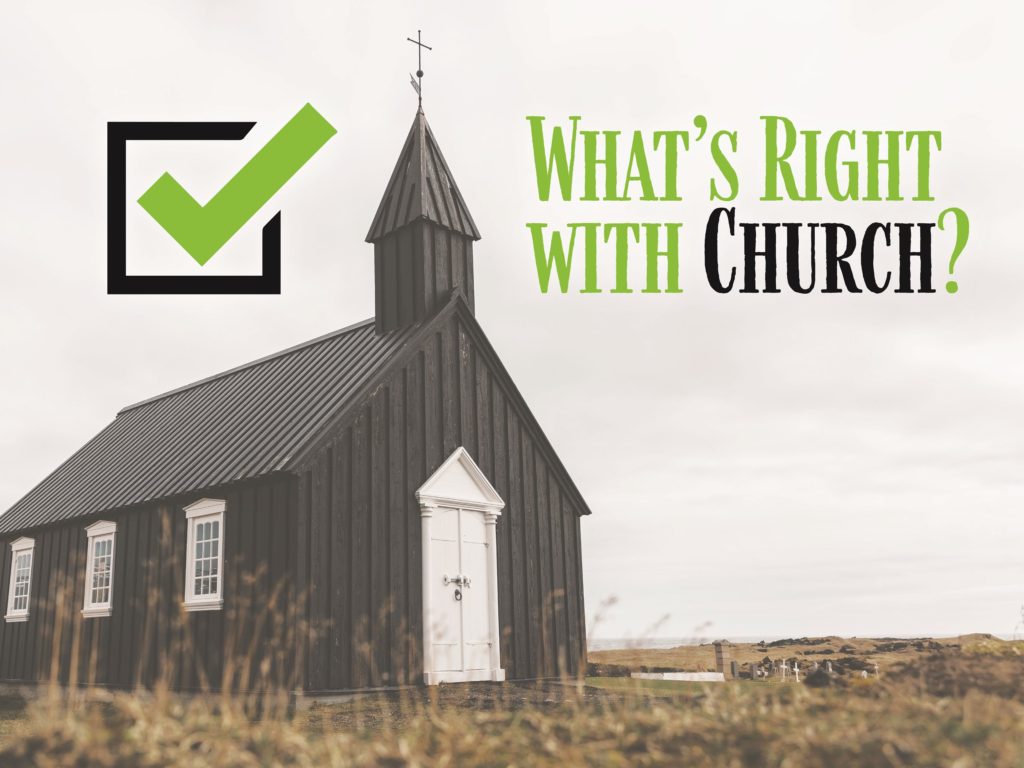 Church people are one of the Church’s biggest problems. Church people seem to be what’s wrong with Church. Church people can be an obstruction to the Gospel, a hindrance, an obstacle. The 18th century poet Robert Southey famously wrote, “I could believe in Christ if he did not drag behind him his leprous bride.” In William Willimon’s words, “Jesus has many admirers who feel like he married beneath his station.” You and I know folks who say “Yes” to Jesus but “No” to the Church. They claim to be spiritual, but not religious. And Church people appear to be the reason.

That doesn’t make church easy. Paul spends most of his time dealing with Church problems caused by Church people. He’s putting out fires for the elders at the church in Corinth. He’s rebuking a sectarian element at the church in Galatia. He’s encouraging the discouraged Christians at the church in Philippi. He’s trying to bring together the bickering factions at the church in Ephesus. The greatest challenge in following Jesus is his Body, the Church. So a lot of people want to follow Jesus in the safety of their own living rooms with a choir and a preacher on TV. They’d rather worship from a campsite in the canyon or a cabin the mountains or in the privacy of their own backyard.

Church people are an obstruction. That shouldn’t surprise us because our Lord Jesus is a stumbling block! Jesus himself is a problem!

“Jews demand miraculous signs and Greeks look for wisdom, but we preach Christ crucified: a stumbling block to Jews and foolishness to Gentiles.” ~1 Corinthians 1:22-23

It is a shocking and glorious thing that God Almighty loves us so much that he refused to stay above us or beyond us but came to this earth in our Lord Jesus. He came to be with us in our problems. He jumped right into the middle of our problems. But the way he came is a problem. We’re all ready for God to be the King. We’re ready for Jesus to be Lord of all. Hosanna in the highest! We’re at the front of the parade! Blessed is the One who comes in the name of the Lord! But the way he comes is a problem.

Kings aren’t born to unmarried peasants in a stable in Bethlehem. Kings aren’t raised as a carpenter’s son in Nazareth. Remember Nathanael? Can anything good come out of Nazareth? Kings don’t eat with sinners. They don’t hang out with tax collectors who work for the occupying enemy forces. The Messiah doesn’t break the Sabbath traditions. The Savior from God doesn’t refuse to raise an army, he doesn’t allow himself to be insulted and beaten without fighting back, and he certainly doesn’t die a criminal’s death on a cross.

That’s a problem. An obstruction. A stumbling block.

Several times over the first 300 years of the Church, different groups of Christians were tempted to fall into what’s called Docetism, the idea that Jesus wasn’t really human. He was 100% divine, he was 100% God, and he was zero-percent human. He only appeared to be human. Docetism is from a Greek word that means “to appear” or “to seem.” They thought they were doing Jesus a great honor by this teaching. By saying that Jesus was not flesh-and-blood, they thought they were making him more holy and divine. But really what they were doing was making Jesus more safe. More sanitary. Sterile. If he’s just a disembodied, ethereal spirit, he’s almost irrelevant. Jesus is not so disturbing or challenging if he’s just a being from outer space.

And if you’re struggling with the Incarnation, how much more are you going to struggle with the Church? You’ll admire Christ and you’ll find him attractive and inspiring, but you’ll really be turned off by his Body. The idea of Christ is fine. But the fleshly reality is repulsive.

And you’ll argue that when Jesus called people to follow him, he had something else in mind other than the Church. Something spiritual and pure. Non-corporate. Non-institutional. Not the Church the way we experience it today. Can anything good come out of 1401 South Monroe?  Or wherever your church is located?