Christ is Preached and I Rejoice 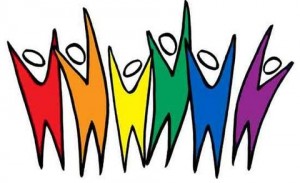 While Paul is in jail in Rome, there are other Christian preachers there in the city piling on. They’re preaching Christ out of “envy and rivalry.” Their motivations are all wrong. They’re involved in power plays and intentionally trying to hurt Paul and discredit him in the eyes of the church and in the city. It’s selfish. It’s insincere. But Paul writes to the concerned brothers and sisters in Philippi that it doesn’t really matter.

“What does it matter? The important thing is that in every way, whether from false motives or true, Christ is preached. And because of this I rejoice.” ~Philippians 1:18

What a wonderful perspective! At the end of the day, after all their efforts to oppose Paul, they’ve only succeeded in doing the one thing that to Paul matters the most: they’re preaching Christ!

Paul’s not concerned about identifying this group. In fact, it’s impossible to know who he’s talking about because, to Paul, it’s not important. These other preachers are mean and selfish and they’re using Paul’s chains to promote themselves. But they’re doctrinally orthodox. They’re preaching Christ and him crucified for the forgiveness of sins. So Paul’s attitude is that it doesn’t matter. Christ is preached. Period. And I rejoice.

This is the part of Paul’s perspective that we both admire and, honestly, have a very difficult time practicing. And, I suppose, we’re in good company. When John and the apostles came running to Jesus in Luke 9, they were very exclusive and sectarian in their understandings about who God was using to do his will and who he wasn’t.

Jesus’ reply to his disciples was something like, “Don’t! Don’t stop him! Just because he’s not with you doesn’t mean he’s not with me!”

When our identity is in Christ, and not in our own particular brands or preferred practices, we won’t complain or argue or bicker about Christians who don’t do things the way we do things. We don’t talk bad about them. We don’t question their motives or their sincerity. We don’t look down on them in any way.

We rejoice. We rejoice because, hey, look, here’s another group boldly proclaiming the life, death, and resurrection of our Lord!

Christ is preached. And I rejoice.

Somebody ought to put that on a T-shirt.