Scattershooting while wondering whatever happened to Spike Dykes…

Since the last post (Good gravy! Was it really two weeks ago? Sorry.) we’ve been up to Searcy for Harding’s winter graduation. My brother, Keith, led the invocation; his wife, Amanda, walked the stage to get her diploma; and we all hung together there for a couple of days and knocked out Christmas. I picked up great pastoral points for being up there for two of our Legacy kids: Jordan Bailey with a perfect 4.0 on the President’s List and Jonathan Stein with a 3.95. All the really smart kids go to Legacy. The highlight of the trip came during lunch at a Searcy restaurant Sunday afternoon when a lady from Paris, Texas recognized my dad from the 1.5 seconds they show his picture on the Tyler TV station as a weather watcher. We think he’s being stalked. 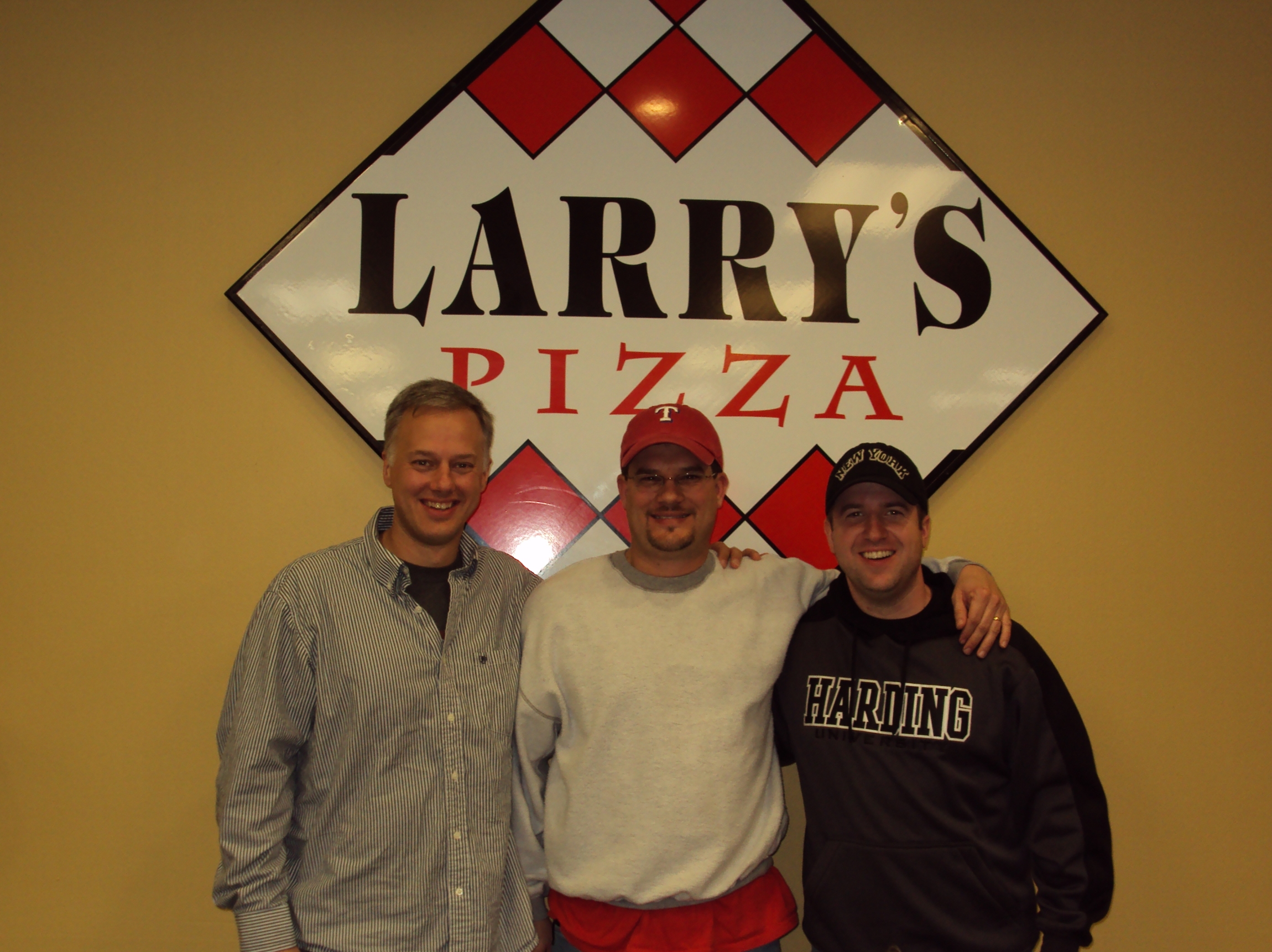 We were extra blessed to be able to spend the night on the way to Searcy and again on the way home in Benton, Arkansas with our great friends, Jimmy & Elizabeth Mitchell. Jim & Mandy Gardner have moved back to Benton after three years or so at the Woodward Park Church of Christ in Fresno, California to preach at his hometown congregation where Jimmy is the youth minister. So it was a great reunion with the Mitchells and Gardners. Our three families grew really close during our nearly two years together in Marble Falls. And we did all of our catching up at Larry’s. Where else?

Here at home it snowed like crazy all day and most of the night on Christmas Eve. So much so that we were forced to cancel our Christmas Eve Service. It was the first white Christmas in DFW in 80 years. The kids and I drove out here to the church building to change the sign and send out a mass email regarding the evening service. And then we did donuts in the parking lot and threw snowballs at each other until we couldn’t feel our fingers or toes. We spent the later part of the night curled up with big bowls of popcorn and glasses of egg nog and Carrie-Anne’s favorite Christmas movie, Albert Finney’s “Scrooge.” Christmas morning, Santa brought Whitney a cell phone, although she seemed just as excited about her Colt McCoy jersey. Valerie got all kinds of clothes and accessories, many with a zebra-print theme. And Carley got a stereo and a watch. None of our girls are little anymore.

The Pope and I are finally in agreement on a very sticky theological issue. The head of the Catholic Church came out last week and praised “The Simpsons” on the show’s 20th anniversary. He cited the show’s clever writing and acknowledged the show’s important social criticism of religion. You can read about it here. I’ve long said “The Simpsons” is the only prime time television show on a major network in which all the characters regularly go to church, good is rewarded and evil is punished, sex outside marriage is portrayed as wrong, and people who drink and smoke are viewed as disgusting. You can’t find those kinds of Christian values on any other TV show. I join the Pope in congratulating “The Simpsons.”

And the Cowboys have clinched a playoff berth. Jerry Wayne’s team is the only team in the NFL that hasn’t won a playoff game in the past twelve years. (The Texans don’t count; they haven’t been around twelve years.) In fact, there are only three teams in the NFC that haven’t played in the conference championship game in the past twelve years: Detroit, the Redskins, and Dallas. Why would anybody think this version of Jerry’s kids will break the string? Wade Phillips has never won a

playoff game in his head coaching career. The Cowboys are 3-5 against teams with winning records this season. And they are zero for their last 19 in a row on 3rd-and-1 and 4th-and-1 dives by Marion Barber. Plus, has anyone else noticed that they’ve got Mark Cuban playing linebacker?

Lastly, Jim McDoniel and Jennifer Gambill are dominating our Legacy office college football bowl challenge. They are. But there are still 23 games remaining. It’s a long way from over.