Bill Parcells famously declared, “You are what your record says you are.” With that in mind, here is a list of the teams in the NFL who have not won a divisional playoff game in at least 25 years: 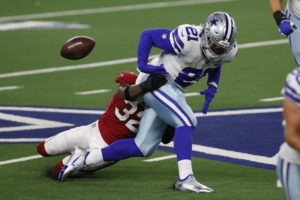 At least it can be said that we are watching history with this current version of the Cowboys. Only three teams in the history of the NFL have given up more than the 218 points Dallas has given up in its first six games. The last time it happened was in 1961. Statistically speaking, we are watching the worst defense in the NFL in my lifetime! Arizona averaged almost seven-and-a-half yards per play last night!

But it’s not just the defense. Eighty-four of those 218 points given up this year have come off Dallas turnovers. The Cowboys committed four more in last night’s debacle against the Cardinals, two on fumbles by the highest paid running back in NFL history on back-to-back possessions. Andy Dalton looked lost. And the Cowboys may as well have set up five chairs on the line the way the Cards defense was running through to the backfield. 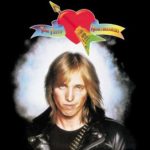 On this day in 1950, Thomas Earl Petty was born in Gainesville, Florida. At the age of 26, with his band of mostly childhood friends, The Heartbreakers, he released their self-titled debut album and I had a rock-and-roll companion I could grow old with. In his memory, check out this  promotional video of a little-known deep cut from that first album, “Anything That’s Rock ‘n’ Roll.”

I love the rebellious teenage angst lyrics in that song. This is the young Tom Petty, but anybody could see he was already a genius at turning a phrase and writing a really good lyric:

“Your mama don’t like it when you run around with me / but we got to hip your mama that you got to live free.”

While we’re at it, here are my favorite lines from the other nine songs on that first Tom Petty and the Heartbreakers album.

“I can’t stop thinkin’ about how I dig rockin’ around with you.”

“There is no sense in pretending / your eyes give you away / something inside you is feeling like I do / we’ve said all there is to say.”

“Well, the moon sank as the wind blew / and the street lights slowly died.”

“A roar turned into whispers.”

“You never said you had no number two / I need to know about it if you do / If two is one, I might as well be three / it’s good to see you think so much of me.”

“White light cut a scar in the sky / thin line of silver / the night was all clouded with dreams / wind made me shiver.”

“Well, she was an American girl, raised on promises / she couldn’t help but thinkin’ that there was a little more to life somewhere else / after all it was a great big world / with lots of places to run to / and if she had to die tryin’, she had one little promise she was gonna keep.”

Great Cities Missions has released a really wonderful video that highlights the missionaries, church planters, and congregations they equip and support all over Latin America and in Spanish-speaking churches in the U.S. The video is hosted by Grant Boone of CBS Sports, a great friend of GCM, and it really captures the passion of Kelley and Brian and Chris and all our great partners in this extraordinary Gospel organization. Junior and Patricia Lira are featured at the beginning, Byron and Sandra Cana are seen passing out food and resources in Bogota, Max Lucado makes an appearance at the end, and our own Leon Wood’s surprise cameo steals the whole thing! Watch the video; you’ll be encouraged and inspired.

At Central, we are incredibly honored and blessed to be founding partners with Great Cities Missions for almost 50 years. And we love celebrating our friendships during Missions Month and giving the glory and praise to our God.