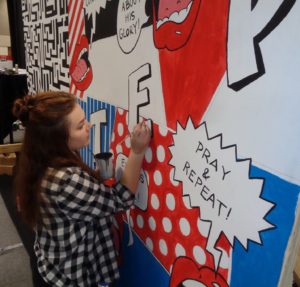 When six thousand teenagers packed the Arlington Convention Center this past weekend for the largest annual gathering in the Churches of Christ, our daughter Valerie was on stage rocking her artistic abilities to glorify God and inspire his people. The story is long and the details are many when describing how Valerie came to be the artist selected to paint the murals in real time, on stage, to illustrate each of the keynote themes for the three day event. The bottom line is that our Lord has brought our daughter into holy community with  Dudley Chancey, the genius and driving force behind nearly 40 Winterfests, and there she is!

Carrie-Anne and I had so much fun from the fifth row, watching Valerie paint, listening to her interact with the likes of Jeff Walling and Eric Wilson and The Skit Guys, and watching her legions of fans from Edmond CofC and Pleasant Ridge CofC flock to the front of the stage before and after each session to talk to and take pictures with her. Eric Wilson was effusive in his praise for Valerie’s skill, interrupting his own Saturday night presentation to step over and marvel at her work. Jeff Walling was more than generous in his interactions with Valerie during his keynote Sunday morning, acknowledging her talents and her growing fan base. It was just so much fun! 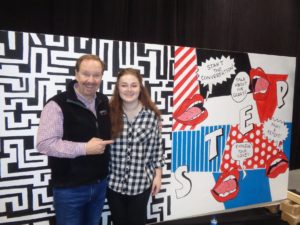 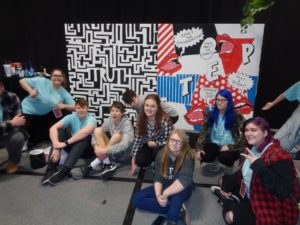 Six thousand teenagers! Worshiping God! Our students! Committing publicly to telling others about the Lord! Our kids! Promising to live for Christ! This is the generation we’ve been waiting for!

God’s Church has seen a terrible decline in this country during my generation’s turn at the wheel. It’s our fault. We’ve messed it up. We’ve gone about church in the wrong way and it’s time we admit it. We’ve compromised our allegiances. We’ve pursued power and glory, control and fights. We’ve shied away from suffering and sacrifice and peace. We’ve lost our way. We’ve embraced a distorted version of discipleship and communicated to the world a twisted vision of our Savior. We’ve lined up with the ways and means of the world and totally turned off everybody my age and younger. People are rejecting the Jesus our generation has expressed, they are leaving the Church we’ve modeled. And we deserve it.

God is going to use this upcoming generation to get his Church back on track in this country. These young men and women are going to show us how to embrace the way of Jesus, how to pledge allegiance to only one Lord, how to sacrifice and serve, how to live the eternal life we’ve been given right now instead of only after we die. This is the generation we’ve been waiting for! 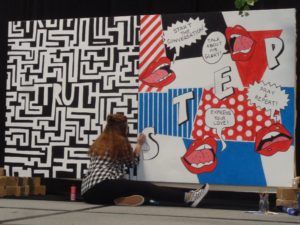 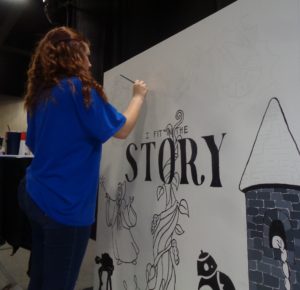 And Valerie is right in the middle of them. Painting and singing and serving and encouraging, smiling and laughing and giving and loving in the name and manner of our Lord.