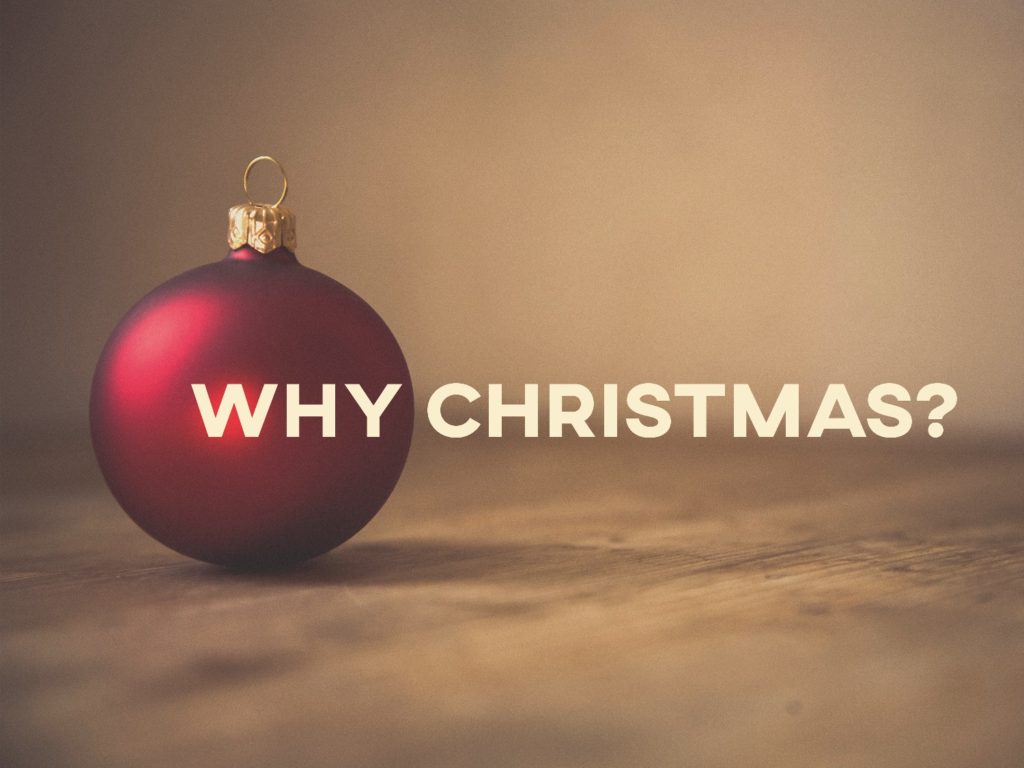 Christmas is a unique holiday. What separates Christmas from all the other holidays is that Christmas is the only Christian holiday that’s also a major secular holiday at the same time. It’s the culture’s biggest holiday, but it’s also religious. So we’ve got millions and millions of people celebrating Christmas, but in two different ways. It’s strange. And it brings a little bit of discomfort.

Christians are noticing that more and more of the public expressions of Christmas are avoiding any mention of the Christ. It’s a Winter Festival and a Happy Holiday, but it’s not a Merry Christmas. It’s a time for family, it’s a time for giving and joy and peace, but not worship. Christians notice that. The background music in the stores is less Joy to the World and more Grandma Got Run Over by a Reindeer. The Culture and Media Institute claim that 98.7% of all Christmas stories on network TV do not mention Jesus. They talk about holiday shopping trends and holiday travel alerts and the economy, the weather, and the food. But only 1.3% of the news stories about Christmas mention Christ. That bothers some Christians.

On the flip side, the non-religious among us complain that the Church is intruding on the season, forcing its beliefs and practices on people who don’t care. A column in last Sunday’s Amarillo Globe News pointed this out. An increasing number of non-Christians are saying that religious expressions during the holidays are offensive and oppressive. They want the songs without the baby in the manger. They want the joy and peace without the religious symbolism.

It can be a little confusing. It can lead to lots of questions. And those questions are all good questions.

Is Christmas a religious holiday or not? And does it really matter?

Can’t we just have Christmas without religion?

Well, I mean, you could. But it doesn’t really work. All those ancient connections are there. It’s the foundation of the holiday. And, yeah, we believe it matters. And we believe it’s all actually really good news!

We’re beginning a three-part series tomorrow morning at Central: “Why Christmas?” If you’re in Amarillo, why not join us at 10:15 Sunday mornings. If you’re not in the greater Amarillo area, I’ll be posting a lot of what we’re preaching in this space in the coming days.