I’m intrigued this week by these words of Paul: 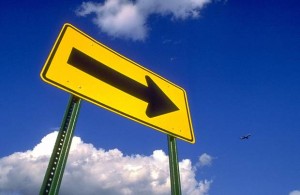 Not that I have already obtained all this, or have already been made perfect, but I press on… I do not consider myself yet to have taken hold of it. But one thing I do: Forgetting what is behind and straining toward what is ahead, I press on… ~Philippians 3:12-14

Think about everything the apostle Paul had achieved at this point. He had received the best formal education available. He had studied and excelled at the feet of the very best teachers alive. He had been on the fast track, politically and religiously, to the highest positions of power and authority. He had seen the risen Lord. He had spoken with the Christ. He had witnessed and performed many miracles. He had been delivered from danger time and time again by God’s Holy Spirit. He had preached in the most important cities. He had trained the greatest teachers. He had planted the best churches.

Paul’s list of spiritual experiences and religious achievements was long.

But he presses on as if he’s accomplished nothing. He strains ahead as if he’s had no success. He keeps looking for and yearning for what’s next.

I think Peter had the same attitude: 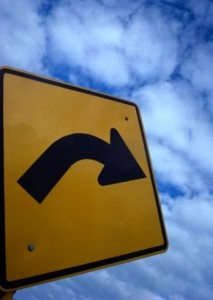 It seems to me that the older we are, the more Christ-like we should be. It’s the oldest among us, the ones who’ve been at this longer, who display more self-control. Our older brothers and sisters show more kindness and love. The ones who’ve been disciples longer are the ones who are “more good.” More persevering. More like our God than those who are younger.

This means it’s the older among us who would be more forgiving, more patient, more gracious and compassionate, more sacrificing and giving, more tolerant of the shortcomings of others. Adding those Christ-like qualities in increasing quantities every day keeps us from getting stale. It prevents us from getting into a rut and not being any good to God’s Kingdom.

“I will always remind you of these things, even though you know them and are firmly established in the truth you now have.” ~2 Peter 1:12

We older Christians can be prone to crankiness and sour attitudes. We can sometimes be bossy and demanding and impatient. We can occasionally come across to others as unkind or unloving.

It’s just that we have much less of an excuse than the younger ones.

It’s getting harder and harder to root against the Cowboys.

I have always loved Jason Garrett. Garrett is all business. He doesn’t mess around. He knows what it takes to get where they want and he won’t let anybody or anything stop him from getting there. He does it with integrity. And character. He’ll cut slackers and send loafers to the asthma field. He’ll jump up and down and celebrate at the appropriate times. And not a minute sooner.

If Jerry Wayne really is going to give Garrett as much control as he gave Jimmy Johnson, if Jerry really is going to back off on demanding his way in on-the-field matters, if Jerry is going to allow coaches to coach and players to play, then I think I’m going to take a very neutral and un-biased approach to this next season. Providing there is one.

It’s nice to occasionally see the good guys prevail. The ones who do it right, starting from scratch and making it happen with dedication and hard work. Smart guys. People who use their brains and think right. Good for Jason Garrett. And good for these young men who get to play for him.