Utterly Disproportionate to Who I Am

David Platt, the author of Radical and Radical Together and all the workbooks, study guides, and DVDs that go with it, is like most of us preachers and pastors. He, like us, is completely and totally unqualified for the task that’s been given him by our God. He’s overwhelmed  by the enormity of the challenge, disoriented by the eternal nature of his job, intimidated by the stakes. Yeah, me too! Sometimes it’s just too much!

Like us, Platt finds great comfort and strength in prayer. Like us, he knows that he’s in over his head with this pastoring thing. So, like us, he acknowledges this before God. And I really, really like his prayer:

In my more serious moments of reflection, I see very clearly how ill-suited for this job I really am. I’m still terrified to speak a word from God to our people. To dare to vocalize his eternal truths scares me. I’m truly intimidated by it. Walking into hospital rooms where people are hanging between life and death — they and their loved ones are paralyzed by fear, overcome with the uncertainty — and pretending to be able to comfort or encourage is crazy. I’m not capeable. I’m definitely going to mess that up every time. Telling people what God wants for thier lives when my own life can be horribly out of whack; attempting to teach people who’ve been studying and teaching the Word of God much longer than me; planning and promoting events that are supposed to inspire faith and good works; writing and delivering sermons that are supposed to compel; and, all the while, rationalizing and justifying the inconsistencies in my own life that betray my inadequacies for this position.

I do know that our gracious God specializes in the weak. He’s an expert in dealing with the unqualified. He chooses the last one you’d expect and then works to do the totally unexpected. It’s truly mind-blowing.

If it’s up to me, my congregation dies. My sermons are boring. The sick people I visit are discouraged. Nobody is saved. And I am a terrible waste of everybody’s time. If it’s up to me and my own strengths and talents and gifts and abilities, we’re all in trouble. I can’t do this. I know it. And everybody who’s ever met me knows it.

The Spirit of God must give me every word, he must provide every ounce of strength, he must come up with every nugget of wisdom and drop of inspiration if this is going to work. He must guide my every move. He has to steer me through every hour. He has to show up every single time. I know it. And the One who created me knows it. 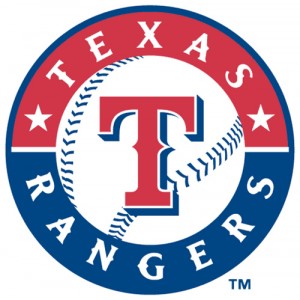 I’ve generally been pretty luke warm about Bud Selig’s crazy rule that gives home field advantage in the World Series to the league that wins the All-Star Game. I’ve always been negative about it — come on, what commissioner in his right mind awards a competitive advantage in his championship event based on the outcome of an exhibition game played three months earlier?!? — but it never affected me personally because my Rangers were never even close to being impacted. It has never made sense for random players on tricked-up rosters to determine home field advantage in the World Series. Players on teams that had already been eliminated from contention and had no stake in the outcome were determining home field for the World Series. Yes, it’s that crazy. But we never talked it too much because it never hurt the Rangers. Or particularly helped them. The American League won the Mid-Summer Classic thirteen straight years and I always joked, “Good, now the Rangers will have home field if they win the pennant.” Ha-ha.

When the NL broke the streak in 2010, I didn’t pay any attention. When the Rangers beat the Yankees three months later to qualify for the first World Series in club history, suddenly it mattered. During last year’s All-Star game, I paid close attention. When the Senior Circuit won it 5-1, I cringed. It’s not fair. When the St. Louis Cardinals received home field advantage in the World Series — a wild card that didn’t even win its own division over the division-winning Rangers who had six more regular season wins than the Cards— I was livid. And, yeah, it mattered. Game Six at Busch mattered. Harrison starting Game Seven in St. Louis instead of the Ballpark in Arlington mattered. The truth is that in the past nine straight Game Sevens in the World Series, the home team has won all nine times. Look it up. It matters a great deal.

The good news is that Texas is sending a club record seven players to the All-Star game in KC next week, quite

possibly eight if Yu Darvish wins the fan voting. Ron Washington will manage with his staff beside him on the bench. Matt Harrison, Major League Baseball pitcher of the month for June, should be the starter and Mike Napoli will be the other half of the battery. Josh Hamilton will play center and Adrian Beltre will be stationed at the hot corner. Elvis and Kinsler will play and Joe Nathan will be called upon to close it out. They can do something about this. They can determine their own destiny.

The American League has scored a grand total of two runs in their past two All-Star Game losses. That can’t happen next Tuesday.

This current Rangers team racked up 50 wins before July. They’re not just winning games, they’re blowing people out. And if Holland and Feliz and Colby and Ogando get healthy, the Rangers are the World Series favorites again.

I’d have to do a lot more research on this — maybe somebody can help me — but this may be the first time since Selig’s rule, with the manager and coaching staff and eight players from a true contender, that the World Series participants actually determine in the All-Star game where they themselves play in October.