It has been brought to my attention that my suggested name for the new AA baseball team in town, “The Amarillo Dusters,” has already been used by a now defunct arena league football team that played in our city from 2005-2009. The team went 26-54 during those five seasons and never had a winning record. There’s no way our new baseball ownership will choose a name used here not that long ago by a lousy arena football team. Sigh… 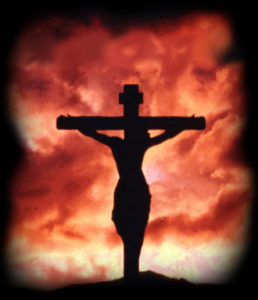 “Jesus Christ gave himself for our sins to rescue us from the present evil age.” ~Galatians 1:3-4

I’ve got both hot and cold running water in my house. I have central air-conditioning and heating. I have cable television in four rooms on HDTVs with DVRs — unparalleled clarity in picture and sound. I’ve got a microfiber reclining couch. And I’m always either eating, just finished eating, or about to start eating.

Most of the time, for me, for all of us, this present age seems pretty sweet. What’s so evil about it?

Well, for starters, all the TVs and computers and iPhones mean that we are more aware than we’ve ever been before of just how broken this world is. It’s evil. Vulgarity and violence, racism and sexism, lying and lust — and that’s all coming from the good guys! There’s untold poverty and disease and death, weather disasters, wars and threats of more wars. In the end, ultimately, there is no place in this world where you can find a firm foundation for your hopes and dreams.

I don’t know what’s going to take you down, but something will. Something will wreck your hopes and dreams. A tornado, flood, or fire. Heart disease, cancer, or Alzheimer’s. Adultery or divorce. The death of someone you can’t imagine living without. You can’t escape the disappointment. You’re either dealing with it right now or you’ve already experienced it or it’s coming.

There is no fixing what’s wrong with this present age. The world is broken and we know it. We’re broken. And all the ways we try to fix ourselves and this world are also broken.

We can argue about the things we see that ought to be changed. We can fuss about whose party and which leader should be in charge of those changes. We can spend our whole lives rearranging the deck chairs on the Titanic and, yeah, maybe we’ll succeed in making life a little more tolerable for our fellow passengers. But we know deep down inside that we cannot stop this ship from sinking. It’s going down. And we all need rescue.

There is only one solution for this fallen world. There’s only one thing that can fix what’s gone wrong with creation.

“Neither circumcision nor uncircumcision means anything; what counts is a new creation.” ~Galatians 6:15

The answer to what’s wrong with the world is a whole new world, a brand new reality where the only law is “You shall love your neighbor as yourself.” Christ Jesus died and God raised him from the grave to make that new world a reality. Jesus does that. Jesus rescues. Jesus saves.