The Gospel is Not Old News

“Trembling and bewildered, the women went out and fled from the tomb. They said nothing to anyone, because they were afraid.” ~Mark 16:8

If it’s real, I have to tell. If Jesus really is the risen Messiah, if he really was raised from the grave, and if we really are forgiven and restored and righteous because Christ Jesus is crucified and resurrected, then we have to tell. But we’re so reluctant to tell. For some reason we run and hide

It’s not because we’re bashful. We’re not shy. If I find a new restaurant or a new album or a new soap, I’m telling people about it. “It smells great and it doesn’t dry out my skin!” Come on, we all do that. “That Longhorn Steakhouse on I-40, you’ve got to try it!” “Tom Petty’s new album, you’ve got to get it!” “That Cloverfield movie, you’ve got to see it! It’ll mess you up!” We all do this. When something brand new impacts me, I want other people to experience it, too. And I’m talking about it all the time.

“They said nothing to anyone, because they were afraid.”

Are we afraid? Is that why we don’t tell? We’re probably not afraid of being persecuted or killed if we tell. What are we afraid of? Are we afraid that maybe the Gospel is old news? 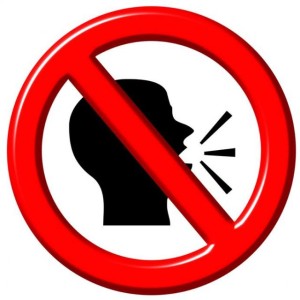 I wonder if we define the Gospel as the death, burial, and resurrection of Jesus that happened almost two-thousand years ago? If so, it’s not really news. It’s not right now. And I was saved a long time ago. I was buried with Christ in baptism almost 40 years ago. I was raised with Christ, I put on Christ decades ago. Is that why we don’t tell? Because it doesn’t feel fresh? Is it not much more than the memory of something you obeyed a long time ago and you’re glad you did? Are we afraid the Gospel is irrelevant? Maybe it’s historical and theological and religious and good — but it’s not going to be super helpful or practical for my friends. Not like a new toothpaste or a place that serves really awesome bread sticks.

That’s the Gospel, today, yesterday, and tomorrow. God is involved and things are changing. The Kingdom of God has broken in. Jesus is risen and Jesus is Lord! That is very much today and very fresh and very right now. Jesus is Lord and he is fixing everything and he wants everybody to get in on it!

So I can’t just be a shopkeeper. Our churches can’t just hold religious services. We can’t just mark time.

It’s not old or irrelevant. His mercies are new every morning. We are being renewed by his Spirit day by day.