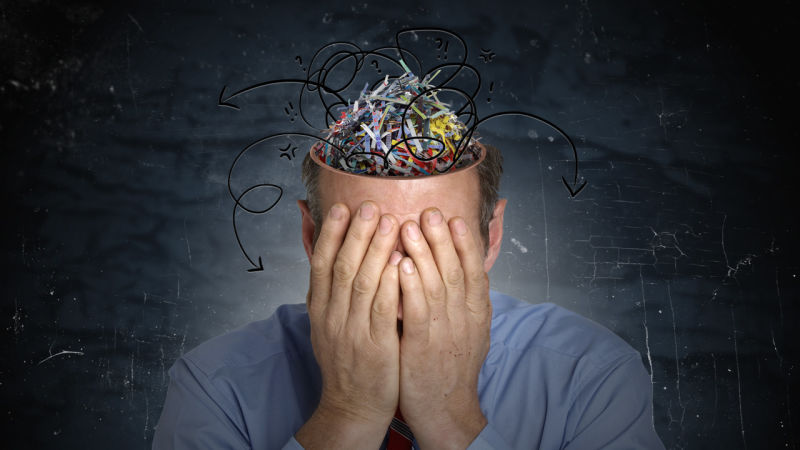 We know what we believe about God’s salvation work in Jesus. We believe our Lord Jesus is raised from the dead and is reigning today at the right hand of the Father in heaven. We believe that God’s salvation comes to us by no other name. We’re very clear on the things we believe. We ask for an increased faith to believe even more what we know is right and true about our Lord’s mission to save the world. But some of us have stopped talking.

I wonder if there are things we need to stop believing in order to start talking again.

Are there things in our heads and our hearts that we believe to be true that really aren’t? And do those false things we believe contribute to a church culture where we don’t talk about Jesus with others the way we used to? The things we hear and the things we pass on that aren’t true — we start to believe those things the more we hear them — have the potential to compromise or completely shut down our witness. What are the things we need to stop believing so we can be more effective proclaimers in our communities?

I’ve come up with five things I believe faithful Christians need to stop believing. We’ll take one every day this week.

The first non-truth we have a tendency to believe is that God’s Church is in decline and it’s getting smaller and weaker.

We hear it, we read about it,  and we repeat it. But it’s simply not true. Yes, the church in America is declining in membership and attendance. The Churches of Christ in this country are losing numbers at an alarming rate. It’s undeniable. But I wouldn’t call it smaller and weaker; I’d call it smarter and stronger.

Think about this. The culture in this country has changed. Fifty years ago you had to be a regular church-going Christian to be viewed as a good citizen. Being a Christian and being an active member of a church helped you in business, it helped you develop contacts, it raised your statue in the community and improved your reputation. Church is where you met people and built relationships that were beneficial to you. The American society propped up the church. Gas stations and retail stores were all closed on Sundays. Teachers never assigned homework on Wednesday nights. And there weren’t any school functions or practices or games on the first day of the week. The culture encouraged church. If you didn’t go to church fifty years ago it was weird, it raised questions: Why doesn’t he go to church? So most everybody did.

Maybe you’ve noticed. That has changed.

Our culture today doesn’t care if anybody goes to church or not. It doesn’t matter anymore in our society. It doesn’t hurt your business, it doesn’t impact your social standing, it doesn’t bother anybody if you don’t go to church. In fact, we’ve moved so far the other way, it’s kinda weird if you do regularly go to church: I think that guy’s kind of a fanatic.

The result of this is, yes, fewer people are going to church. But here’s the way I see it: The nominal Christians, the barely Christians, the ones who were only in church because the society pushed it — they’ve left. But the truly committed Christians, the all-in followers of Jesus, are more committed to Christ and his cause than ever before. As the numbers go down, the dedicated disciples of Jesus are gearing up. They’re giving more, they’re volunteering and serving more. The church is not getting smaller and weaker, the church is getting leaner and meaner, smarter and stronger, better equipped and prepared to what we are ordained by our God to do.

Look at our situation here at Central in Amarillo. This is a 110-year-old church and our weekly attendance is smaller right now than it’s been in 60-70 years. We’re half the size we were just 40 years ago. And we notice it. We walk into our worship center on Sunday mornings and we feel it. We wring our hands and exchange worried looks with other members: What’s happening? What’s wrong? What’s going on?

Well, here’s what’s going on at Central: This church is regularly today giving more money to the causes of Christ than it’s ever given before in its history; by God’s grace we’re doing more Gospel ministry in the city of Amarillo and more Christian mission all around the world than we’ve ever done in Central’s history. Ever! How is this happening? The culture has shifted. The take-it-or-leave-it Christians are leaving it and the truly dedicated disciples are doubling down. That’s the only way to explain it. And I think it’s actually pretty exciting.

It’s especially thrilling when we remember that this is historically God’s preferred method.

Gideon brought 32-thousand men into the presence of God and said, “We’re ready to fight the Midianites!” Our God wouldn’t even give Gideon the battle plans until he had whittled that number down to 300.

It was young shepherd boy David, not super tall King Saul who took down Goliath.

God told his kings not to count the numbers of people, not to measure the size of the armies. When the kings counted heads, they got in trouble with God.

God’s preferred method is to use five little rolls and a couple of fish to feed five thousand. He likes to use a tiny mustard seed to provide shelter for all the birds of the air. When God’s Church is exploding onto the scene in Acts, the leaders of the faith are described as “unschooled and ordinary men.”

The Church is not in decline. God is weeding us, he’s sifting us, he’s pruning us, he’s getting us ready for something truly spectacular in his Kingdom. We’re not getting smaller, we’re getting leaner and meaner for the mission.