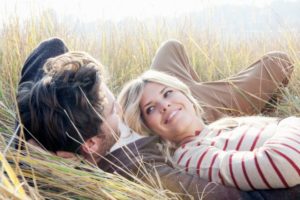 I wrapped up our six-weeks sermon series on marriage here at Central a couple of weeks ago with a sermon titled “Sex and Marriage.” As soon as church was over, one of our elders, who will remain nameless — his initials are Ira Purdy — approached me and asked, “What is this? Sweeps week?!?” At about the same time, two of our teenagers, Josh and Boyd, came up from behind me with a couple of prayer cards. “You said the word ‘sex’ 84-times during the sermon!” They pointed proudly to their two separate scorecards with all the penciled-in tally marks. Both cards added up to 84.

My first thought was, “Wow, that’s got to be some kind of Church of Christ record.”

Most sermons about sex and most youth group talks about sex seem to center around the idea that sex is wonderfully great but it needs to wait until marriage. Sex is incredible, but you can’t enjoy it until you get married. And while all those sermons and youth talks are made by well-intentioned and sincere Christian leaders, the impression can almost be taken that sex and marriage are two separate things.

Like a house with a swimming pool in the backyard.

Sometimes we act like marriage is the house and sex is the swimming pool out back. Sex is the add-on that doesn’t have much, if anything, to do with the structural integrity of the house itself. The marriage relationship and the sex are two different things. We’ve got the marriage in one place — this is where we live and this is what we pay attention to and this is what’s really important — and when you sign the contract you walk into the house and open up the back doors and say, “Wow, check out this awesome swimming pool!” It’s a fringe benefit that comes when you buy the house. It’s a really nice extra.

That kind of thinking, seeing sex and marriage as two separate things has led to a whole lot of sex without marriage and a whole lot of marriage without sex. And both of those situations are a distortion of God’s holy will and doing untold damage to God’s holy people.

I’ll post every day this week from that “Sex and Marriage” sermon I preached a couple of weeks ago. In the meantime, don’t call the Christian Chronicle or contact Marvin Phillips. It’s a joke.