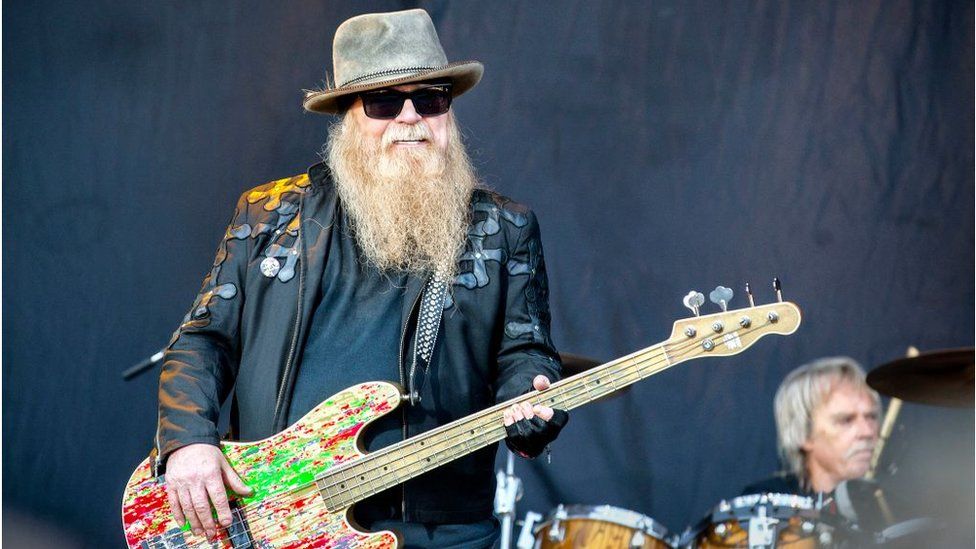 We lost an iconic fixture of Texas music yesterday, a mainstay legend and master of our great state’s historic blues-infused rock and roll. Dusty Hill, the bearded bassist for ZZ Top, apparently died overnight at his home in Houston. He was 72. He had a broken hip. No one is saying what killed him. My gut tells me it probably had something to do with pain killers associated with the hip – that’s what took Tom Petty out four years ago – but that’s only my speculation. What I know for sure is that for 50 years Dusty Hill provided the low rumble beneath every ZZ Top song that made their music feel so gritty and dirty and real.

As lead guitarist Billy Gibbons said yesterday, Dusty Hill was the “monumental bottom to the Top.’

This is Texas Monthly’s story on Hill’s passing. This is from Rolling Stone magazine. And this the Fort Worth Star Telegram’s collection of tributes from the music world.

I’ve seen the self-proclaimed “little ol’ band from Texas” in concert at least eight or nine times, from the floor at Reunion Arena in the mid ’80s to their 50th Anniversary Show in Austin two summers ago. Carrie-Anne and I saw ZZ Top and Aerosmith at StarPlex in Dallas in 2009. Carley and I saw them in Amarillo in 2017. If you’ve lived in Texas your whole life – anywhere in Texas – odds are you’ve seen ZZ Top. They played all the time in cities and venues large and small.

I won second row floor seats to a ZZ Top show during the Afterburner tour by being the correct caller and singing the opening lines of “La Grange” on Q-102 in Dallas. Bo Roberts provided the “Hauw, Hauw, Hauw.” I bought a silver ZZ key chain just like the ones in those three “Eliminator” videos at that concert and kept it all the way through college. I wore that “Afterburner” concert T-shirt until it fell off of me in the late ’90s. But I bought a new one at the 50th anniversary show in Austin and I’m wearing it today. 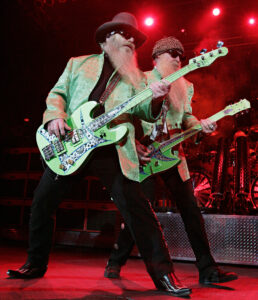 The genius of Billy, Dusty, and drummer Frank Beard is the consistency: same three guys, same three chords. From the early ’70s to just a couple of months ago, you always got the exact same thing at a ZZ Top concert: a stripped-down stage, the bare minimum on lighting, simple chords, easy lyrics, understated choreography, fuzzy guitars, and lots of references to the greatness of the Lone Star State. ZZ Top shows are always super loud and super fun. I’ll never know how they got so much out of two guitars and a drum, but they always did. Those three also had a tongue-in-cheek, satirical, almost ironic sense of their own stardom, of their fans, and of the whole scene. The only subtle thing about a ZZ Top  concert is the way they poke fun at themselves and at us while they’re performing. That was always part of the joy of a ZZ Top show. Those 20-inch beards, the cheap sunglasses, spinning fuzzy guitars with the aid of a prop on their belt buckles – they knew it was absurd. Beautifully, wonderfully absurd.

Gibbons is being quoted today as wanting to fulfill Dusty Hill’s wishes that the show go on without him. But can it? ZZ Top was scheduled to play here in Midland in December with George Thorogood and we were planning to attend as a family. But Dusty Hill was ZZ Top’s center of gravity. I don’t think it’s ZZ Top without Dusty’s barrelling bass. His growling harmonies. His powerful presence. No offense to Frank Beard, but that’s just Billy Gibbons doing solo.