“Your child is following a mutant form of Christianity, and you may be responsible.” 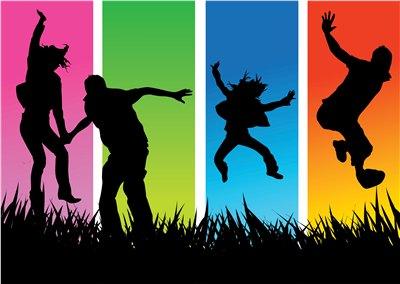 That’s the first sentence in a recent on-line article from CNN that’s been emailed to me four times this week and seems to be making the rounds. The August 27 article tackles the topic of religion and teens from the viewpoint of Kenda Creasy Dean, a professor of theology at Princeton Theological Seminary and the author of “Almost Christian.” Her book claims that lots of parents and churches are unwittingly passing on a watered-down, self-serving, imposter strain of Christianity to our kids. Our children today see God as a “divine therapist” whose chief goal is to boost our self esteem. God simply wants us to do good and feel good. Researchers for the book call it moralistic therapeutic deism. And Dean says, “If this is the God they’re seeing in church, they are right to leave us in the dust.”

According to the book, Dean’s research included in-depth interviews with more than 3,300 American teenagers between 13 and 17, and found that most who call themselves Christian are indifferent and inarticulate about their faith. Dean says three out of every four teenagers in this country claim to be Christian, but fewer than half practice their faith and only half deem it to be very important at all.

I wonder if those numbers wouldn’t also accurately reflect the beliefs and practices of the adults in our pews.

I haven’t read the book. I’ve only read this article. At least five times now. And the one sentence that keeps coming back to me, the one quote I can’t get out of my head, I think, sums up one of the major problems — if not the number one problem — in our churches and our church programs.

About a third of the way through this article, Dean is quoted as saying, “If teenagers lack an articulate faith, it may be because the faith we show them is too spineless to merit much in the way of conversation.”

The good news of salvation in Christ is not a “gospel of niceness” in which faith is simply doing good and not ruffling feathers. The Christian call is to take risks, to witness to the world, to sacrifice and serve others; to die to self and to live in a way that is radically — dangerously — different from the surrounding culture. 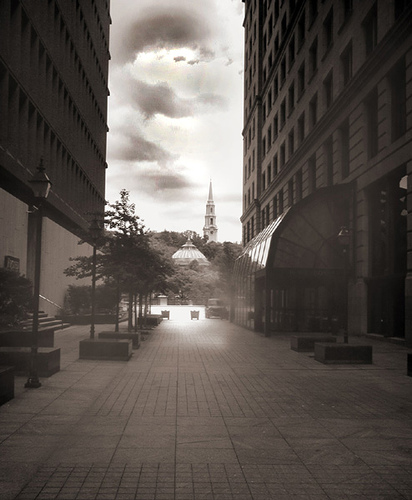 Preachers preach safe messages that will bring in more people and/or keep more people from leaving. Elders and other church leaders promise security and comfort and happiness at their congregations. We’re not challenging our people. We’re not teaching them or showing them that following Christ — living in the way of Christ and in the manner of Christ — means doing something to fix what’s broken in the world. Restore something. Cleanse something. Change everything. We don’t call our people to anything that’s bigger than ourselves. If all we’re doing is asking our people to sit in a pew, write a weekly check, and then allow the church to work hard to make them physically and spiritually and emotionally comfortable, we’re guilty of adding to the problem. We’re guilty of teaching and practicing a mutant form of Christianity.

We need to stop telling and showing our teens — and all our adults for that matter — that Christianity is all about following rules and drawing lines and adhering to boundaries. We need to immediately cease telling our members — and the world — that it’s OK to worship in that way over there but not this way in here, or it’s allright to sing that song in that room but not this song in this room, that there’s nothing wrong with worshiping God in that style on this day but not this style on that day. We can’t keep telling our kids that it’s OK for women to pray or read Scripture in our living rooms and classrooms but not in our worship assemblies. We need to stop this vain protecting of our comfort zones and comfort rules by insisting that weddings and funerals are not worship services. When you tell me that an assembly in the worship center in which the gathered men and women sing songs of praise and thanksgiving to God, prayers are offered to God in the name of Jesus, Holy Scripture is read, and a sermon is preached from the Bible is not a worship assembly, it makes no sense. Our kids are not stupid. They see right through this stuff. And I don’t blame them. 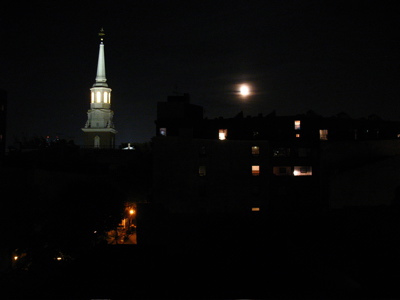 Biblical Christianity is bold. It’s huge. It turns whole towns upside down. It dramatically changes lives. It’s a call to rescue and save. It’s more about what’s happening in your community than what’s happening inside your church building. It’s more about what you do than what you believe. It’s more about how you live than how you sing. It’s about serving; it’s not about being served. It’s about dying in the name and the manner of our Lord. It’s all about doing things that make absolutely no earthly sense because God in Christ Jesus has broken through the barriers of time and space to deliver us from an eternity in hell. We don’t explain the faith; we courageously live the faith.

Which message is your church preaching and practicing? Is it a mutant Christianity of arbitrary rules and comfort? Or is it a Scriptural Christianity that goes out on a limb to make a massive difference in the lives of hurting and sick men and women in your community? Does your church love and serve unconditionally or does it model love and service with exceptions and fine print?

If you’re telling the teens in your church they can clap during the songs just as long as they don’t clap too loudly, they’re going to leave. And I don’t blame them.

I need to apologize to Jerry K: you’re right, Cliff Lee is not the savior of the Rangers. I need to retract a statement I’ve made to Whitney: no, watching Lee pitch is not like it used to be watching Nolan Ryan pitch. Sorry. I know Lee says it’s his back. I know he’s getting treatment. But he’s started ten games now for Texas. And the Rangers are 3-7 in those starts. If the playoffs began today, I’d go with C. J. Wilson and maybe even Tommy Hunter in the opener over Lee. Hunter showed more of those gritty guts last night. David Murphy and Nelson Cruz made some unbelievable catches. And the Yankees are taking care of the A’s.