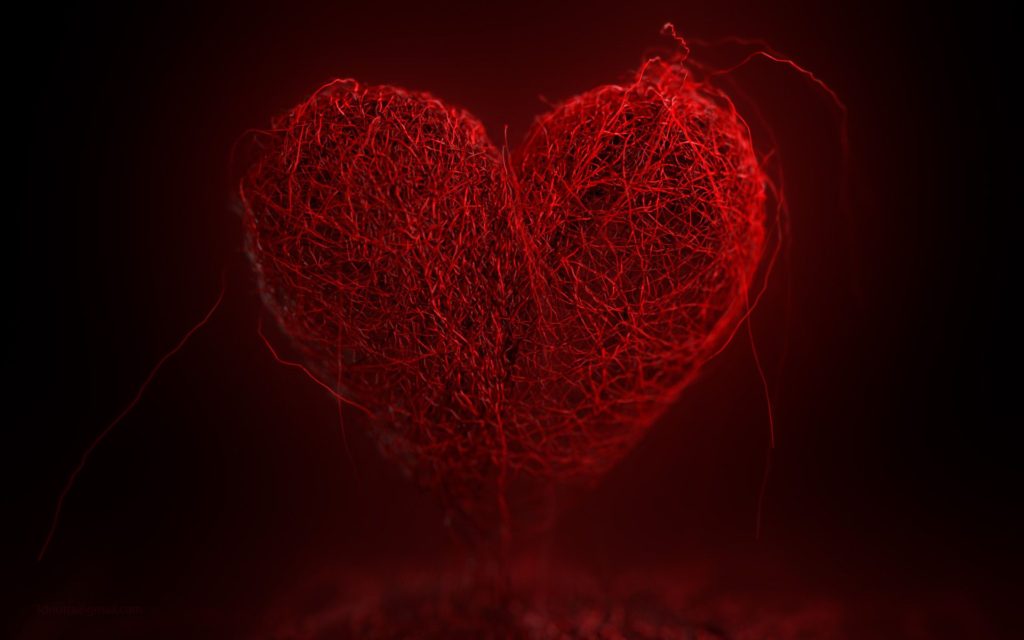 You’ve heard it said that past behavior is the best indicator of future behavior. You want to know how a guy is going to act in the future, you just look at how he’s acted in the past. That notion goes largely unchallenged. We accept it, we don’t question it. Why? Because of our own experiences.

Maybe you’ve dated a person who does something you just can’t tolerate — some behavior, some character trait, a bad habit — and you break up. Sometimes that person will promise to change: “Take me back! I’ll change!” After a period of time — six months, maybe six minutes — you take that person back. But before you can blink that person is back to doing the exact same stuff as before.

This seeming certainty of the formula seems to change when the love of God in Christ Jesus is involved.

Look at the woman in the well in John 4. She’s the town sleaze. She’s had five husbands, she’s shacking up with a sixth guy, and nobody will talk to her. We know her future, right? She’s going to run right through this guy number six and guy number seven and number eight, maybe a dozen of them, and she’s going to keep drawing water in the heat of the sun until the day she dies all alone in her guilt and shame.

But then Jesus goes out of his way to love her. He doesn’t just feel love for her, he shows it to her. He does something. He rearranges his travel schedule to get to her. He sits down and honors her with his time and full attention and conversation. He teaches her right there at the well and the town sleaze becomes a Gospel preacher! Her whole village believes in Jesus, the Savior of the World! 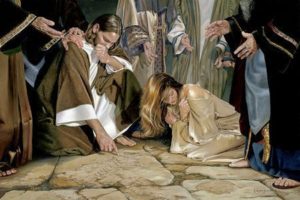 What about the woman caught in adultery in John 8? She’s about to be killed. And that might be the best thing for her. That’s what the Law says. If she’s not stoned to death, she’ll keep cheating, she’ll keep lying, she’ll keep hiding, she’ll keep sinning. We know this. Past behavior is the best indicator, right? But Jesus stands up for her against the authorities. He shows her his love by defending her, by believing in her. And she leaves her life of sin. She’s given the gift of new life by the love of God in Christ.

Zacchaeus is going to keep cheating people on their taxes, he’s going to continue lining his own pockets, and padding his profits and looking out for number one. But Jesus pulls him out of a tree, he eats dinner with him at his house, and he looks him in the eye and calls him a son of Abraham. And now Zacchaeus is giving half of everything he owns to the poor! He’s going back through his books and making things right, blessing others, realizing deep inside that it’s better to give than to receive.

The demon-possessed guy in the Gerasenes in Mark 5. His community has banished him to live in the cemetery. He’s not in his right mind. He’s got no name, no family, no clothes, no peace. The devil and his demons have successfully stolen from this man everything it means to be made in the image of God. What’s going to change? They’ve tried everything with this guy. He’s going to keep being scary and keep suffering and he’s going to die in his chains.

But Jesus gets in a boat and braves a terrible storm in the middle of the night to get to this guy. Our Lord goes to him and shows him his love and his power to change everything. He lets this man know that he matters to God. And that divine love of God drives those demons to the bottom of the sea and the next thing you know this guy is clothed, he’s in his right mind, he’s got a family, and he’s got a purpose. He’s preaching in the Decapolis, proclaiming the Good News all over the Ten Cities. And all the people are astonished.

Peter is a God-cursing, Christ-denying, lying scoundrel until Jesus shows him unconditional love and gives him unlimited forgiveness and changes him into a cornerstone of his eternal Church. John is a violent, volatile hothead — “Call fire down from heaven! Blow ’em all up! But the love of Jesus immerses him and changes him. And John winds up writing the most beautiful words we have in the Bible on love.

Past behavior is not the best indicator of future behavior. The love of God in Christ means the life you’ve lived to this point today is not the only life that’s possible for you. Or for your neighbor. Or your enemy.

Your church is filled with courageous people who used to be all kinds of unholy until the love of God in Christ changed everything. Our lives have been eternally changed by the love of God, so we have faith that the love of God can change all lives. Showing that love of God to others in faith is the whole point. Galatians 5 says the only thing that matters is faith expressing itself in love. Seeing the potential for God’s love to change everybody around you, to change our city, to change the whole world — that’s the invigorating challenge.

As John would say, we love because he first loved us.