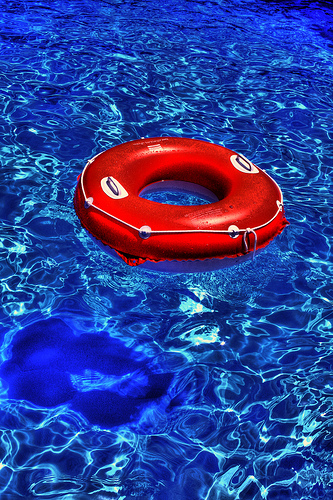 I have been intrigued the past couple of weeks with David’s decision, as recorded in 1 Samuel 24, to NOT kill Saul in that dark cave at En Gedi. It’s so uncharacteristic of David. It goes totally against David’s nature to NOT kill Saul. As a boy, David was killing lions and bears to protect his father’s herds. He began his military career by killing Goliath. He killed 200 Philistines for the right to marry Michal. He routed the Philistines at Keilah. He massacred more Philistines at Baal Perazim. He slaughtered them in the valley of Rephaim. And not just Philistines. David killed more than his share of Geshurites and Girizites, Amalakites and Kenites, Moabites, Edomites, and Ammonites, Stalagtites and Gigabytes — all kinds of -ites and -tites. David has killed his tens of thousands, remember? They wrote a song about it and it went straight to the top of the charts!

David was a killer. And he didn’t kill Saul. Saul is the one man out of the tens of thousands David had the most motivation and the most reason to kill. Saul was chasing David like a pig through the canyons and wadis of the Judean Desert. But David let him go. Why?

“The Lord forbid that I should do such a thing to my master, the Lord’s anointed.” ~1 Samuel 24:6

David’s men see their ruthless enemy in a humiliating and vulnerable position, totally helpless right in front of them. But David sees the magnificent — flawed, yes; sinful, yes — wonderful king anointed by God. And David submitted to him. David turns this course and crude scene in a dark cave in the wilderness into a beautiful act of faith and worship to the Lord. He made it a sacred moment. Complete surrender to God. Total faith in the protection and provision of his Lord, no matter what.

If David doubted for a second that God was protecting him, he would have killed Saul. If David had been concerned about his own reputation, he would have killed Saul. If pride were motivating David, if he were moved by his own instinct of right and wrong and timing and personal safety, if he were compelled by the world’s sense of justice and revenge and power and fairness, he would have slashed Saul’s throat right there on the spot. But David is purely motivated by his genuine trust and faith and devotion to God. The idea of taking Saul’s life is unthinkable. He regrets even cutting his robe. Not because of Saul, but because of God.

David shows us in this cave at En Gedi that trusting God is much more than just going to church and writing a check and watching your language. Faith in the Lord to protect and provide is a faith that the Lord will protect and provide in every single situation. It’s knowing that God is in charge, not us. Jonathan had told David previously that this Kingdom thing is going to work out. David professed that same faith, and he acted on it. His faith in the Lord controlled David’s thoughts and actions. David refused to take part in a bloody and violent solution to his problems, even though his very best friends were telling him it was God’s will. Yeah, the Kingdom was falling apart. Yes, David was being treated unfairly. But Saul was the Lord’s anointed. Period. And David was going to let the Lord take care of it.

You know, we’re living in a world today that none of us has ever lived in before. As disciples of Jesus here in the West, the threats to our comfort and security are as bad as they’ve ever been. And it’s getting worse. As culture and society line up to oppose our Lord and his Kingdom, we’re tempted to take matters into our own hands with the violent and bloody methods of the world. We’ll sometimes confront people of different lifestyles with a face-to-face verbal assault. In David’s words: Lord forbid. We’ll slash the throats of lawmakers and government officials with angry letters and insulting emails. Lord forbid. Young people who think differently, older people who act differently, foreign people who dress differently, people who vote differently, people who believe differently — we’ll cut out their kidneys with an accusing finger in their face, we’ll take out their knees with our harsh words and bitter complaints, we’ll rip out their hearts with our bumper stickers and boycotts and petitions. Lord forbid.

We live in a spiritual landscape that’s every bit as hostile and threatening, dangerous and deadly, as the cliffs and caves of the Judean Desert. Just like David, suffering from thirst and mortal danger, we too face death and destruction. Sometimes it feels like we’re running for our lives. But our help comes from the Lord. It’s only in God through Christ where we find true, ultimate safety and security, salvation and hope.