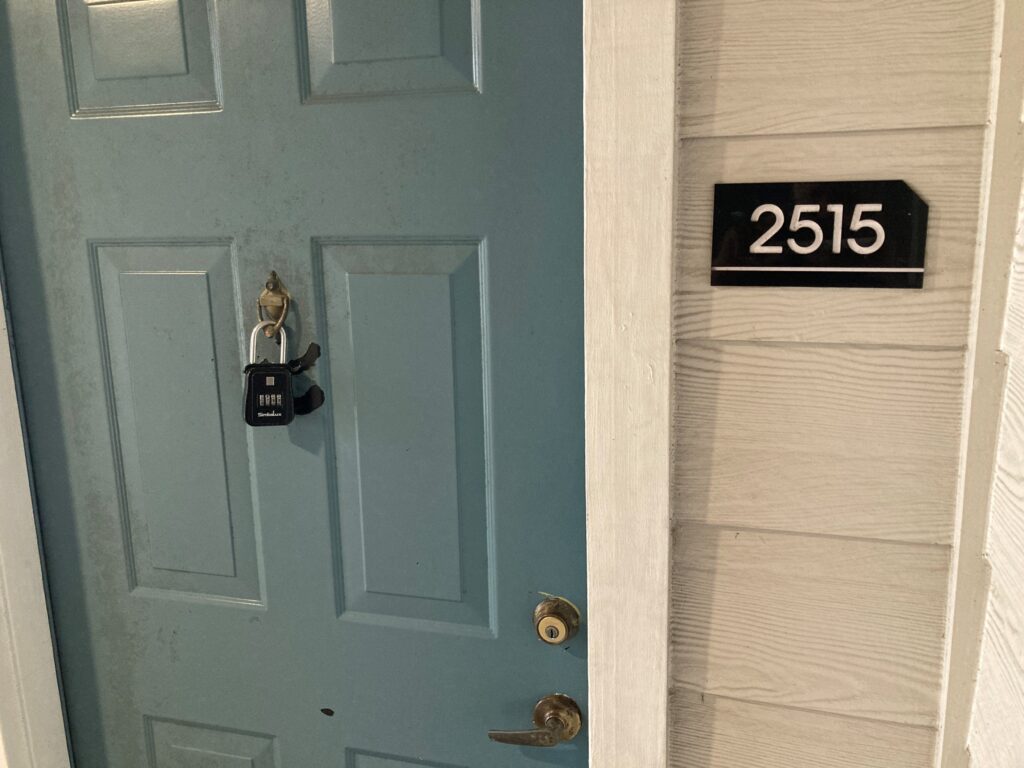 Things seem to be progressing well for Carrie-Anne on this fourth day since her surgery. The readings on her drains are going down at an encouraging pace, the pain meds are adequately managing her discomfort, and she’s exhibiting some stir-crazy as she moves from recliner to couch to bed and back to recliner, trying to maintain her sanity in this tiny temporary apartment.

Every two to three hours we take a couple of laps around the courtyard at this apartment complex. Yesterday it was sunny and 79-degrees – perfect! I tried to get C-A  in the car so we could drive around downtown Houston, just to get out for some scenery on a nice day. But she won’t do it. There are speed bumps in the parking lot and potholes on the city streets. Too many bounces, too much jiggling. We’re going to stick to walking around the courtyard for now.

I had to make a run to H-E-B yesterday at the same time thousands of people were streaming out of NRG Stadium, across the street from our apartment. They were mostly dressed in Texans gear, some of them sporting old J.J. Watt jerseys and all of them looking really depressed. It was only then I realized the Texans were hosting the Jacksonville Jaguars. I learned later that Houston had lost by 30. Again. You’ve heard the expression, “I wouldn’t walk across the street to see that!” It applies here.

Carrie-Anne and I tuned in to the livestream of the worship assembly at our GCR Church. It’s the first time we’ve ever watched a live church service on Sunday morning. When we’re out of town, on vacation or whatever, we always seek out a local church so we can worship with God’s people, so we can be encouraged by a brand new group of Jesus followers, so we can be reminded that God has people in every city, so we can be open to and transformed by all the many ways the Lord’s people worship and fellowship together. Sitting through our own GCR  livestream reminded me all over again that church is not broadcast over a stream. Church is not watched from one’s couch in one’s living room. We do a good job with our livestream at GCR. But it’s not church. 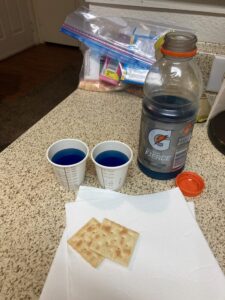 I was scrambling yesterday morning to find something in this apartment that would serve as our communion meal while we watched the GCR livestream. The kind man who showed us the place last Tuesday pointed out that they leave unopened food items and non-perishables in the pantry when they clean up after the last guests. I scrounged around and came up with a package of saltines and two bottles of Grape Gatorade – definitely blue in color, not purple. I pulled out a cracker and poured the Gatorade into a couple of Carrie-Anne’s disposable medical measuring cups. Body of Christ. Blood of Christ. Good thing the Holy Spirit’s involved.

I threw away the unopened can of sardines. Nobody’s using those for anything.

Lunch? Yes, it’s New  Year’s Day! Ham, cabbage, and black-eyed peas. Duh. I was raised right. It wasn’t always pretty. But I got the essentials.

I have fallen behind in our annual church office college football bowls picks contest. Crystal has taken over first place and, with five games remaining, I don’t see any way for her to lose. Tim might have an outside chance at catching her if everything falls right for him today. But, at best, I’m going to finish second. And, for the record, I’m thrilled to lose the 36 points I had on Michigan Saturday in exchange for the TCU victory. Go Frogs.

We have a follow up appointment with the plastic surgeon on Wednesday and another with the cancer surgeon on Friday. Our youngest daughter, Carley, is coming here Thursday to stay with C-A so I can fly back to Midland on Saturday, preach on Sunday, and come back to Houston Sunday night. I’m excited about the next three Sundays at GCR when we get back into the Story of God. We’re focusing particularly on the Church’s role during this current era in God’s Story, the proclaimed Kingdom, the era of the Church. I’ll write more about that later this week.