I Still Got It

I suppose you regular readers have already taken note that I absolutely nailed the outcome of last night’s Cowboys-Giants game, including a lot of the details, well over a week ago in my game-by-game predictions of the 2009 season. I said Eli Manning would throw two touchdown passes. He did. I said he’d go 7-8 in the last 2:00 and the Giants would win it in heart-breaking fashion on the last play of the game. In actuality, Manning went 7-10 on that last drive, setting up the game-winning field goal at the gun. I also predicted that Roy Williams would only have one catch in the loss. He did. I missed the final score. But you get the idea. You can go back to those pre-season predictions to see what’s going to happen Monday night against the Panthers by clicking here. 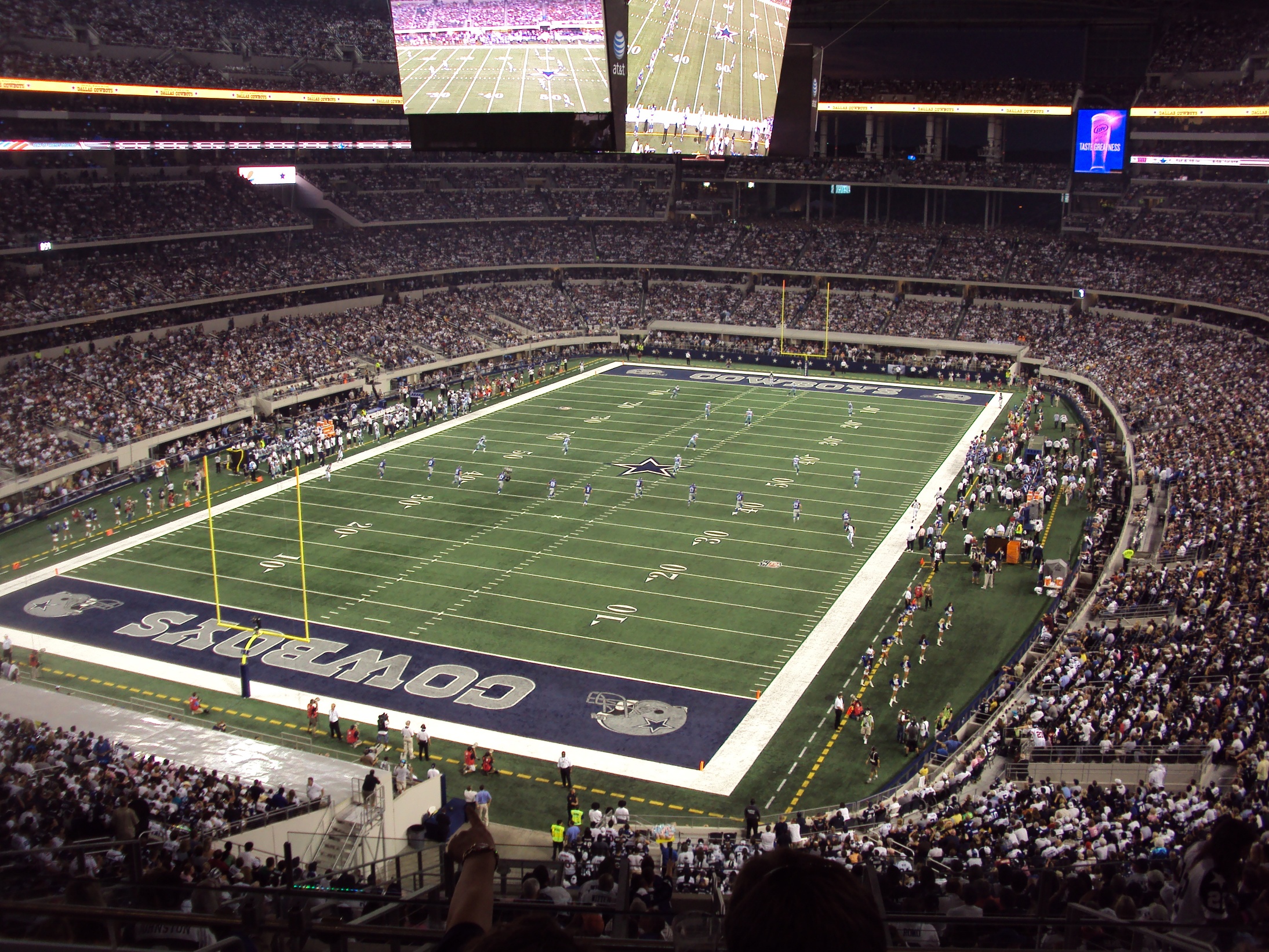 My friend Glenn Branscum came through for me again. By his grace I was able to attend last night’s regular season home opener with Doug, Todd, and Scott up in his luxury suite. Forty-seven of us total up in that huge suite, including Russ and his family and Cody M. What a blast! To be there for that historic kickoff, the unveiling of the names around the new Ring of Honor, and all the dignitaries and pageantry of that opening night was a true blessing. My deepest thanks to Glenn. And to Scott for driving. And for knowing how to make U-turns.

The highlight of the night, as far as I was concerned, was looking up about an hour before kickoff to see Walt Garrison walk into our suite. He and Preston Pearson were making the rounds and they both stayed in our room for almost 45-minutes. I was thrilled to be able to talk to Walt about the legendary stories of those early ’70s Cowboys, attempting to separate fact from myth. I’ve read the stories about Walt sneaking out after team meetings on Saturday nights to bull ride down at the Mansfield rodeo. He’s told me in a telephone interview about being busted by Tom Landry after a rodeo official called the coach to thank him for letting Walt rope and ride bulls the nights before football games. But to stand there right beside him and interact with him as he re-told the tales was priceless.

As for the game itself, Cowboys fans may want to blame Doug. He was visiting with Wade Phillips before the game and suggested to the Cowboys coach they let Romo call his own plays. On his way off the field, Doug also whispered to Flozell Adams that if he kicked Justin Tuck in the thigh in the middle of a play, nobody would notice.

I’ll wait a while before making too many comments about the new stadium. There are some disappointments with several aspects of the venue and the game presentation I’ll write about later. And I can’t tell you how upset I am about the commemorative patch the team is sporting on its jerseys. Suffice it to say, for now, this whole thing, all of it, is solely about Jerry Wayne. It’s all about Jerry.

Jerry ought to be more than a little concerned about his quarterback. And his secondary. And his pass rush.

No more blogging until next Monday, September 28. I’m flying out to Fresno, California this Wednesday for the annual Spiritual Growth Workshop at the Woodward Park Church of Christ where my great friend Jim Gardner is the preacher. I’m speaking three times on Christ’s fulfillment of the Law: God’s Eternal Intentions, Christ’s Eternal Fulfillment, Our Eternal Righteousness. Gardner’s also got me delivering the Saturday night keynote on salt and light and teaching a combined adult class at his congregation Sunday morning. What an honor. I love that Woodward Park church. A thousand people. And only 600 of them speak English. A true Kingdom experience to worship with that multi-racial, multi-ethnic, multi-languaged, economically-diverse body of believers.

Pray for us to have a great week in Fresno and for our God to overcome my shortcomings and prove his power in my weakness to bless everybody who attends.