It figures, huh? The year the Rangers go to the World Series they’re not going to have home field advantage.

The second half begins tomorrow night in Boston. Now we really start paying attention. Kipi, are you with me?

A quality I find most attractive in people is the willingness — even the joy — to laugh at oneself. George Steinbrenner was, by all accounts, an impossibly difficult man to work with and/or for. A narcissistic ego-maniac, for sure. Impulsive. Explosive. Irrational. Driven. Evil. There are plenty of words out there to describe him. But it’s hard to hate a man who seems to take such pleasure in laughing at himself and in watching others poke fun at him.

Larry David’s numerous parodies on Seinfeld (asking Costanza if it’s pronounced “Feb-U-ary” or “Feb-RU-ary” and calling Babe Ruth a “fat old man with little girl legs”; did you know he wasn’t really a Sultan?”). But the funniest thing to me is Steinbrenner himself playing a convenience store owner on Saturday Night Live. His character spent the entire skit trying to persuade his store manager that firing people all the time is a horrible way to run a business. “How can your employees perform at their best when you’re constantly looking over their shoulders?” It’s a great skit. A classic. And I can’t find it anywhere. I’ve looked everywhere today. Help! Somebody please find that old SNL skit and pass along the link.

You know, we should all learn to laugh at ourselves. We should all relax and be able to poke fun at our own idiosyncrasies and shortcomings. God’s Church would be a better place, more people would be encouraged, and more good for the Kingdom would be done if we’d stop taking ourselves so seriously all the time.

Dan Gilbert reminds me of George Steinbrenner. The Cleveland Cavaliers’ owner released an open letter to all Cavs fans on the team’s website Thursday evening in the aftermath of LeBron James’ defection to Miami. I certainly don’t condone the attitude or the name-calling in this letter. But you absolutely have to read it! If you’ve already read it, read it again (The Cavs pulled the letter off their team website sometime last night. Click here dangilbertletter.doc to read it today). It’s fascinating. It’s incredible. Team owners don’t say things like this. Not in public. Not even Jerry Wayne. Nobody does this. I’ve read it four times and I still don’t believe it. 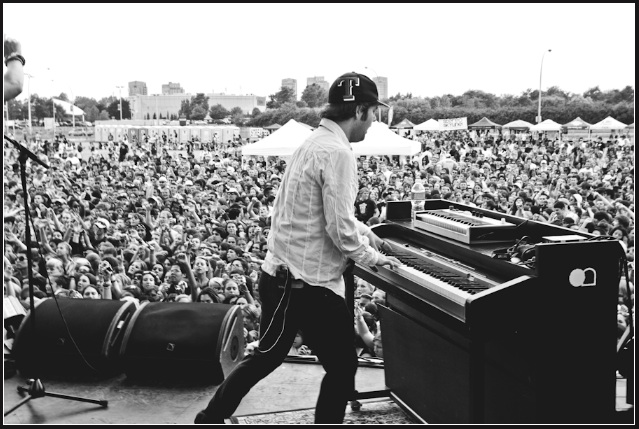 One of our shepherds here at Legacy, Russ Garrison, sent me this photo of his son, Kent. The band is Forever the Sickest Kids (yeah, I have no idea). Kent’s on keyboards and vocals. They’re signed to Universal Motown Records, they’ve got a #34 single with “Whoa-Oh,” they’ve been on Conan O’Brien, played halftime at the Detroit Lions Thanksgiving Day game last year, and done a couple of world tours. This picture was taken at the Meadowlands during a show last month. Check out the Empty Tomb sticker in the foreground there. Cool.

David Byrnes recently sent me an email with a whole bunch of “look-alikes.” A couple of them were striking, such as this coupling of Yassar Arafat and Ringo Starr.

A few of them were really funny, like Dalai Lama and Happy Llama.

But the reason David forwarded the email to me is because he knows my love of all things Van Halen and Simpsons. And this pairing of Eddie Van Halen and the crazy cat lady from The Simpsons was too much for him to resist. It’s a very, very unfortunate picture of Edward. Taken at a really bad time in his life. Shame on you, David. Double shame.

Finally, this, forwarded to me from an unnamed Legacy shepherd: 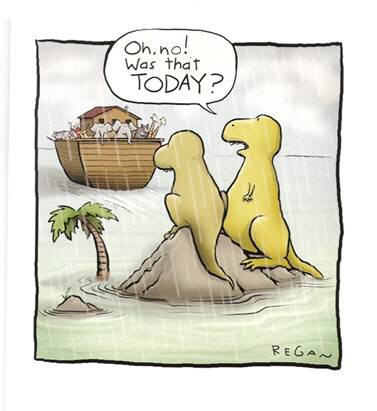