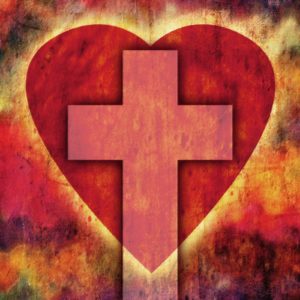 “Accept him whose faith is weak, without passing judgment on disputable matters. One man’s faith allows him to eat everything, but another man, whose faith is weak, eats only vegetables. The man who eats everything must not look down on him who does not, and the man who does not eat everything must not condemn the man who does, for God has accepted him. Who are you to judge someone else’s servant? To his own master he stands or falls.” ~Romans 14:1-4

Nobody looks down on anybody. Nobody condemns anybody. For God has accepted him. Accepted whom? Who has God accepted? This brother or sister who disagrees with me on a certain church tradition. This group of brothers and sisters who don’t see eye to eye with me on this matter of opinion. You’re not his master, Paul says. Who’s his master? Christ Jesus as Lord is his master. Not you. Whether he stands or falls is up to the Lord. Whether he’s right or wrong is up to the Lord. Paul says we can’t judge that.

And then Paul goes ahead and judges. Paul makes the call.

He’ll stand. He’s fine. Whether he agrees with you or not, whether y’all are on the same page or not, he’ll stand because he’s in Christ. So, you accept him because God accepts him. This is why Jesus died, Paul says later, for this very reason. Christ died and was raised so he could be the Lord over all this, and not you.