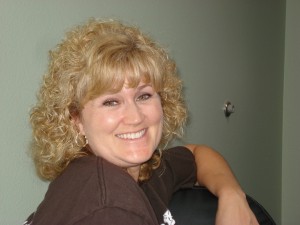 I lied to Carrie-Anne to get her to go out with me on our very first date. I tricked her. I had no confidence. She was out of my league. I had to resort to deception. I couldn’t just ask her for a date. So, I lied.

It was March 1989. I was a senior at Oklahoma Christian, about six weeks away from graduating. Carrie-Anne was a junior. I had always noticed her around campus. She was this really cute girl who looked great in faded blue jeans and a sweatshirt, wore white Keds, drove a little tiny Plymouth hatchback and spoke with a super thick Texas accent. She and I had never run in the same social circles together. So we had never really had much of a conversation before, other than just pleasant greetings and acknowledgements here and there.

It was at the end of March when my roommate, Jeff Hassman, and I made a list of the ten girls we were absolutely going to go out with before graduation. That was the goal. We were going to graduate and leave OC with no regrets. There were not going to be any what-ifs or maybes. We were going to boldly approach these women on our list and take them out on dates. Jeff came up with his list of ten. I was only able to write down nine names.

And Carrie-Anne Rowland was at the top of the list.

The following Friday afternoon I spied her — stalked her — in the student center and approached her with a plan. I told her there were a whole bunch of us going to see a movie at 10:00 that night. Several of us, a dozen or more. And I invited her to join us. It was a group thing. No pressure. Low key. Not really a date. To my great surprise and delight, she said ‘yes.’ And, since the movie was starting so late, she was going to the mall to do some shopping and be back at her apartment at about 9:00.

I called her at 9:15 and told her there had been a huge mistake. All my friends had gone to the 7:30 show. I had misunderstood everybody. The whole group — which never really existed — had already seen the earlier show. If we go, Carrie-Anne, it’ll just be you and me. I totally understand if you don’t want to. It’s cool. It’s OK. But if you still want to go, I’d be happy to pick you up at about 9:40.

We saw Fletch Lives. I know, pretty pathetic. Probably the single worst film Chevy Chase ever made. After the movie we spent 30-minutes together at Hardee’s eating french fries and drinking Dr Pepper. And my heart was captured.

I never made it to any of the other eight names on my list.

From that moment on, Carrie-Anne was my one and only. Forever.

My wife of 21 years is my perfect companion. She knows me better than I know myself. She loves me unconditionally. She believes in me totally. She defends me courageously. She encourages me relentlessly. She would die for our kids and she would kill for her husband. She completes all of my plans, she fulfills all of my hopes and she is the answer to all of my prayers. I thank God for Carrie-Anne, for this wonderful partner who reflects his eternal glory in our house and in my heart.

I’m inspired by the way she gives of herself to her students at Bedford Junior High. I’m moved by her sensitivity and compassion for others. I’m amused by the way she purposely wears her socks inside-out. I’m a little scared when she looks at me over her reading glasses. I’m overwhelmed by the way she loves me.

And she still looks amazing in blue jeans and a sweatshirt.

I outkicked my coverage with Carrie-Anne.

I love you, darling. I’m so thankful that our gracious Lord brought us together. And I still can’t believe you said ‘yes.’