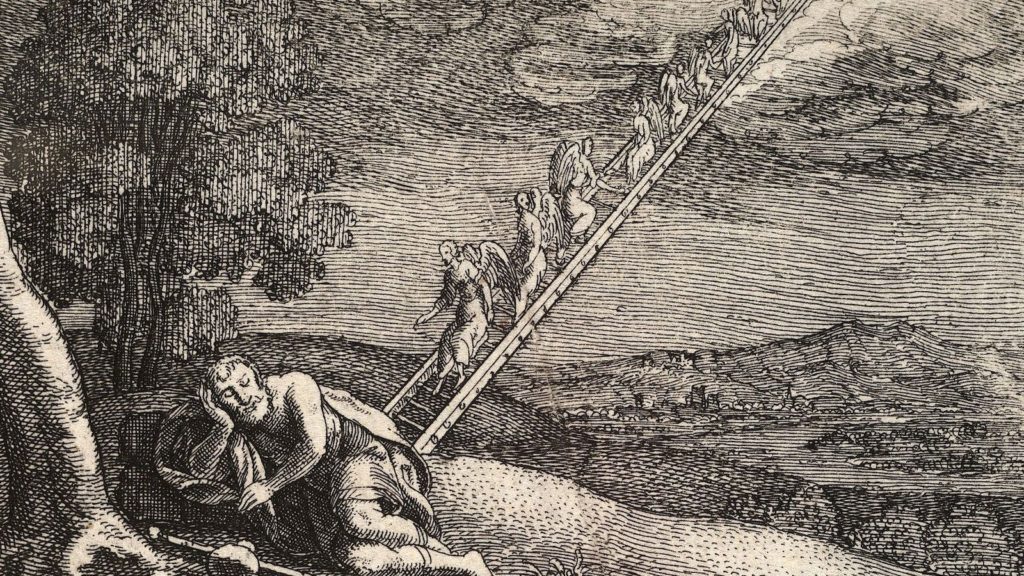 “You believe because I told you I saw you under the fig tree. You shall see greater things than that.” He then added, “I tell you the truth, you shall see heaven open, and the angels of God ascending and descending on the Son of Man.” ~John 1:50-51

When you first come to Jesus, you might think, “He’s not going to fix everything. I won’t get all the answers to every single thing that’s happening in my life. I’m hoping he’ll help me be a better person. Maybe he’ll deal with my loneliness or my marriage problems.”

People are always hedging their bets. Limiting the possibilities. “Maybe I’ll get out of debt. Maybe I’ll find some good friends in church. But Jesus isn’t going to solve all of my problems.”

But when you actually do give all of yourself to the Lord. you find out he’s far more than you ever imagined him to be.

You can almost hear Jesus laughing. “Oh, wow, you think I’m the Messiah. I’m sure you think I’m going to grab a sword and raise an army and destroy our Roman oppressors. No, I’m going to show you far greater things than that. Overthrowing the Empire won’t change the human condition. Winning a war or building walls or establishing or protecting some worldly kingdom is not going to defeat sin and death. That’s not going to restore all of creation.”

Jesus is saying, “I’m more than that. I’ve punched a hole in the wall between heaven and earth! I’m going to take you, Nathanael, right into the holy presence of God!”

Jesus is always more than anybody’s looking for. He always exceeds our expectations. He doesn’t just have all the answers to the big questions; he IS the ultimate answer to every question.

“I tell you the truth,” he says. And we can trust him.