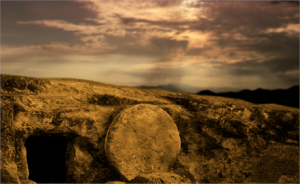 The Gospel accounts of the resurrection of Jesus tell us that those who experienced the empty tomb up close and personal responded with wonder and amazement. Matthew says the women at the dug-out tomb were afraid. Mark says they were alarmed or astonished. The women are also described as bewildered and trembling. Other translations say they were stunned. The women in Luke’s version were “wondering” about the empty tomb. After Peter looks inside the empty grave, he, too, is said to be in wonder. With each of the Easter stories, the sense of resurrection wonder or mystery is building. It accumulates. So far, not one person who witnessed the empty tomb has been able to make sense of it. Not even those who encountered the risen Lord have it figured out.

And these are good reminders for us today.

The Resurrection confused everybody. At the time it happened, nobody could explain it. It’s obvious that those closest to the event had no idea what had happened or why. And that’s a good reminder for us. That we don’t always have God’s plan figured out. We don’t always know what God is doing. Or when he’s doing it. Or why. And that disorients us. But it’s OK.

Nobody had prepared for the Resurrection. Those women were going to the tomb that morning with burial spices to anoint a dead body. They weren’t bringing Jesus a fresh set of clothes and a toothbrush. When he shows up for dinner with the disciples that evening, they have to scramble to find a chair and an extra place setting. Peter’s wife pulls her husband aside and says, “You didn’t tell me your boss was coming!” Of course not; he didn’t know! None of them had prepared. And that’s a good reminder for us. We’re all beginners in this resurrection business. There aren’t any experts. We don’t control what God is doing. And that unsettles us. But it’s OK.

In the Resurrection stories, the marginal people are the main players. It’s the women. In this patriarchal society, these women had no rights, no status, no standing in the community. Especially Mary Magdalene. She had been possessed by seven demons before she met Jesus which might mean she had been living a reprehensibly horrible moral life or perhaps she was mentally ill. Either way, this lady lived on the edges of her community. She didn’t fit in. But she’s the only name we read in all four Gospel accounts of the Resurrection. And that’s a good reminder for us. That we don’t ever judge or rule out anybody we think might be beyond the reach of Resurrection. More than likely, it’ll be the ones we least expect who wind up at the very front of what God’s doing. And that surprises us. But it’s OK.

Some of the most exciting words in all of Scripture are when God says, “Behold! I am doing a new thing!” God is always doing new things. And it’s exciting. Right now, today, our God is doing new things in your church, new things in your city, new things — maybe unforeseen things — between people in different Christian denominations. God is speaking in new ways. He’s moving in new ways. He’s drawing men and women to himself in brand new and surprising ways. Things are changing.

And that can be disorienting. Unsettling. Scary. Because we don’t do well with change. We’re not always real good with new. But we have the Spirit of our risen Lord within us. Christ Jesus inside us gives us the power and the peace to embrace the mystery and the wonder of what God is doing; to not just accept it with our heads, but to jump into it with our hearts; to let God in Christ have his way with us; to fully submit to what we may not fully understand. Not just to be OK with it, but to rejoice in it.