One of the things we missed while hiking and climbing and walking all over the Painted Desert and Grand Canyon was the community cookout Central hosted at Ellwood Park. As part of our “Gifted to Go” summer series, Scott Flow grilled up the burgers and dogs while the rest of our congregation manned different booths around the park designed to serve our Plemons area neighbors. Todd and his crew repaired kids’ bicycles and skateboards; Brent and Duane sharpened lawnmower blades and changed oil in edgers; Leon built dozens of birdhouses with the neighborhood youngsters; Becky flew kites with the kids and untangled lots of string; Matthew organized water balloon volleyball matches, which were a huge hit; Tom and his volunteers took requests from our neighbors for small home repairs they’ll make over the coming weeks; and Adam led a powerful hour of prayer for our community in our historic chapel. 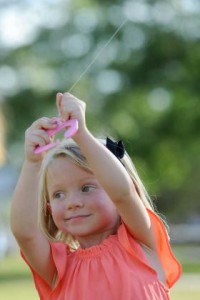 According to all accounts, our neighbors were blessed and our God was praised. Those who live in the houses around our church building experienced God’s love and grace, they participated in his great blessings of joy, through the food and fun and gestures of kindness shared by our church family. Almost four hundred people showed up for the event, including Eboni Graham, the faith reporter for the Amarillo Globe-News. (You can read her front page story about the cookout and see a short video featuring Greg Dowell by clicking here.) And the message was fully received that the Central Church of Christ is compelled by the matchless grace of Jesus to love our neighbors. We are concerned about our community. We love the people around us. And we want to serve. 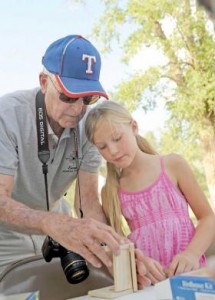 At the same time, our people experienced the true freedom that comes in using our own particular talents and abilities and passions to serve others in the name of Christ. What a joy to realize that we all have spiritual gifts! How liberating to recognize that all our gifts are different, yet, all equal in the eyes of God and in the holy results for his Kingdom. If we’ll just open our hearts to the great potential of doing what we’re good at and what we enjoy for the sake of others, we won’t need summer programs and organized activities. We’ll just naturally keep doing these things, planting seeds, doing good for others, spreading the Gospel of Peace, and our God will turn Amarillo upside down.

A sad day for Dallas rock-and-roll radio. Jon Dillon, the long-time disc-jockey and personality at KZPS and original on-air member of the great 98 FM KZEW “The Zoo,” was let go by Clear Channel over the weekend. Another great loss for local radio as the giant communications companies continue to discard regional flavor for a homogenized formula sound. Jon Dillon’s a victim, yeah. But so is anything that any of us remember as local radio.

I was seven years old in the summer of 1973 when “The Zoo” hit the Dallas airways with its brand new album rock format. It was all rock-and-roll. And not just the hits. The Zoo played B-sides and deep cuts. And for an entire generation of people who grew up in Dallas, people who are today in their 40s and 50s, it was THE radio station.

As a pre-teen and teenager, I don’t remember ever NOT listening to The Zoo. I was introduced to Van Halen and Aerosmith on The Zoo. When I got my huge AM-FM stereo and turntable for Christmas right after my 11th birthday, one of the first things I did was slap a Zoo sticker right in the center of the smokey gray dust cover. The Zoo was cool. I listened to LaBella and Rody’s “Morning Zoo” from the moment I woke up every day until we walked out the door for school. And I would beg my dad to tune the car radio from KRLD to The Zoo, which he would do just as soon as Brad Sham’s daily “Cowboys Report” concluded. I fell asleep every night during those years listening to The Zoo. I was what they called back then a “Zoo Freak.”

LaBella and Rody were the funny, over-the-top, irreverent morning guys. My friend Todd Adkins and I cut school twice to attend the “Morning Zoo’s Breakfast Club” at Monopoly’s in North Dallas. We were too young to get into the club legally, so we’d wake up extra early and sneak in at about 5:30 while the roadies were setting up. I still have a couple of the “Breakfast Club” buttons here in my office. Somewhere in a box in my attic is a Mike Rhyner (he was the “Morning Zoo’s” sports guy) autographed picture that says “Nice Huey Lewis t-shirt!” in reference to my wardrobe that first day I met him. My old Zoo pin is prominently displayed in a shadow box in my home along with lots of other treasured items from my childhood. 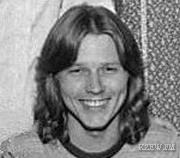 Jon Dillon was the midday personality on The Zoo, part of the original on-air lineup in 1973, working at KZEW until it went off the air in 1989. His was the voice that went in and out of the Fleetwood Mac and Eagles songs I listened to while doing my homework. He was the one who told me how hot it was and that it was “a skosh” past 4:00 as I drove home from school. He gave me Two-fer Tuesdays with the Scorpions and the Rolling Stones and Elton John. In a day when radio wasn’t nearly as researched and formatted, when DJs themselves — not a corporate play list generated in New York or California — decided what records they would play, Jon Dillon would sometimes talk for several minutes between songs. He gave me the background stories to the lyrics and the bands. He knew the guitar players, he was hanging out with the lead singers. He knew Tom Petty and Randy Bachman and Don Henley and Ted Nugent. Listening to JD introduce a Z Z Top song (“that little ol’ band from Texas”) was a tremendous joy.

The Zoo was the soundtrack for my formative years. From the time I was seven until I graduated college, The Zoo dominated the Dallas airwaves and I never listened to anything else. 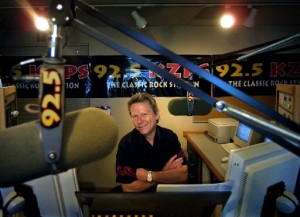 Once it disappeared in ’89 — Belo had sold the station and things got weird pretty fast — Jon Dillon hooked on at KZPS and spun classic rock there until this past Friday. For almost 24 more years, he played my Led Zeppelin and Bad Company and The Who on 92.5. When we’ve lived in DFW, I’ve listened to JD. When we’ve not lived in DFW, I’ve listened to him every single time we’ve visited. My kids have listened to Jon Dillon. Yes, it’s mostly nostalgic, I’m sure. But I’m saddened that he’s been let go. I’m not sure why they fired him. Clear Channel’s not saying and nobody’s heard from Jon Dillon yet. He’s 62 or 63 years old, I think. He probably talked too much between songs. He might have refused to do anything overly corporate and cheesy.

I’ve never met the guy; our radio paths never crossed. But I wish to salute him and thank him today. He is radio greatness, one of the very best and last of a dying breed and a fading era. I occasionally say “skosh” when I’m talking about time or distance. When I hear a Z Z Top song, it’s Jon Dillon’s baritone “how, how, how!” that resonates in my head. I’ve been listening to Jon Dillon my whole life. My deep love for local radio is directly tied to this cool cat. My deep lament for local radio also connects sadly. Thanks, JD.