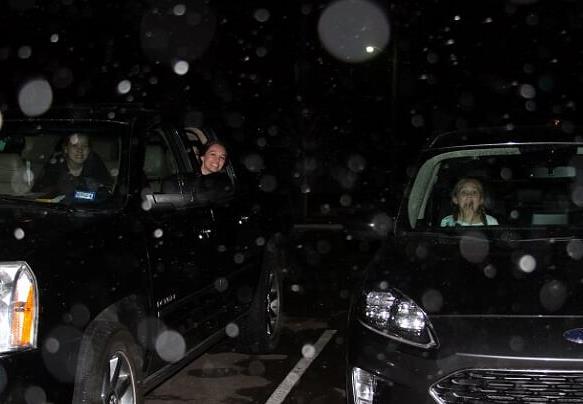 You haven’t lived until you’ve watched classic Christmas shows at a drive-in theater while it’s snowing. And it’s especially cool when the giant screen is on a tractor trailer and the theater is the church parking lot!

The outside temperature was right at freezing while it was snowing and sleeting all afternoon and into the evening. But that didn’t keep a whole bunch of us from showing up for the barbecue dinner and the frigid double feature here at Central. In fact, watching the shows through the snow added a great deal of novelty and excitement to the already special event. 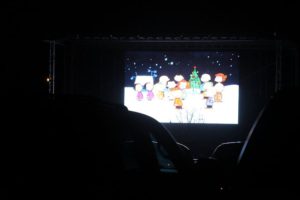 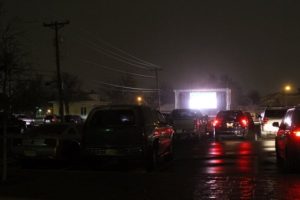 All of us were treated to barbecue sandwiches from Fat Boys before we settled into our parking spaces, tuned our radios to 100.3-FM, and set our cars’ heaters on “medium.” We flashed our lights and honked our horns with glee when “A Charlie Brown Christmas” began — the little round-headed kid was more depressed than I remembered. We delighted during the intermission when Santa Claus and his helpers arrived with gourmet popcorn and candy bars for all the cars. And we quoted the lines and sang along with the songs during the main feature, the 1964 Claymation classic, “Rudolph the Red Nosed Reindeer.” 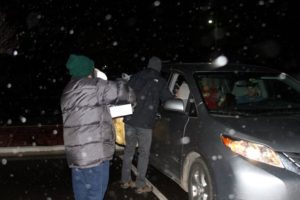 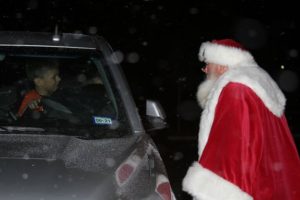 “Silver and Gold.” “Holly, Jolly Christmas.” Yukon Cornelius and the weird licking of his pickax. The Island of Misfit Toys with the Charlie-in-the-Box and the over-the-top dramatic psycho doll. And why were Santa and Donner and the head elf so grouchy? Clearly, all those elves were the first anti-dentites. And Santa had to be fat in order to be happy — Mrs. Claus knew it! There’s a lot going on there.

Everybody stayed in their cars and waved and honked at proper distances. Everybody seemed to have a really great time. And most everybody waited until this morning to clean the popcorn and potato chips up out of their vehicles. 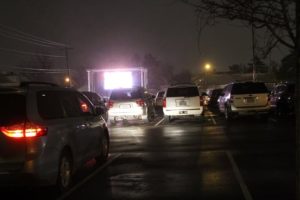 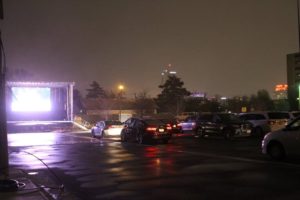 We’re doing it again in two weeks, on December 16. I don’t know what we’re going to watch yet, but I’m rooting for the 1970 Claymation “Santa Claus is Comin’ to Town.” I just want to say “Burgermeister, Meisterburger” from the pulpit.