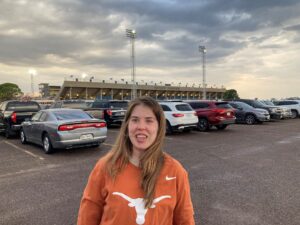 Whitney and I took in the annual Rumble at Ratliff last night as the Odessa Permian Panthers battled Odessa High in the rain and the chill of a West Texas Friday night . It was the District 2-6A opener for both teams and the energy was high. This was our first trip to historic Ratliff Stadium, the home of Friday Night Lights, the place and the team Buzz Bissinger introduced to the whole world in 1990. And my oldest daughter and I were immersed in and impressed by the whole MOJO experience. 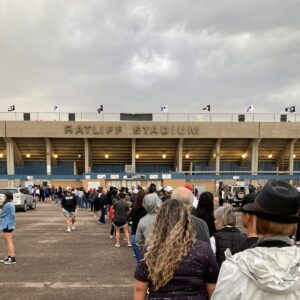 Little did we know that getting to the stadium 25-minutes before kickoff was too late. The line of cars – more trucks than cars, of course – was still backed up to the main road early in the second quarter. Whitney and I made it to our seats, on the 20-yard line about halfway up on the Permian side, in time to see the Panthers score a touchdown on their opening drive. And they just kept scoring. A 98-yard touchdown drive. A 75-yard touchdown drive. The boys ran a lap around the field after every score, bearing massive flags with the Permian “P.” The final flag in the line, the MOJO flag, declared itself to be “The 7th Flag Over Texas.” It was electric.

Ratliff Stadium is bigger and nicer than Bivins Stadium in Amarillo where we watched the Sandies play for ten years. The video boards are like HD TVs in both end zones, the live shots and the replays crystal clear. I shouldn’t have been surprised. The stadium is really great. Lot of history here. Really cool just pulling into the parking lot and seeing the stadium facade just like it looks in all those establishing shots and cutaways in the Billy Bob Thornton movie. 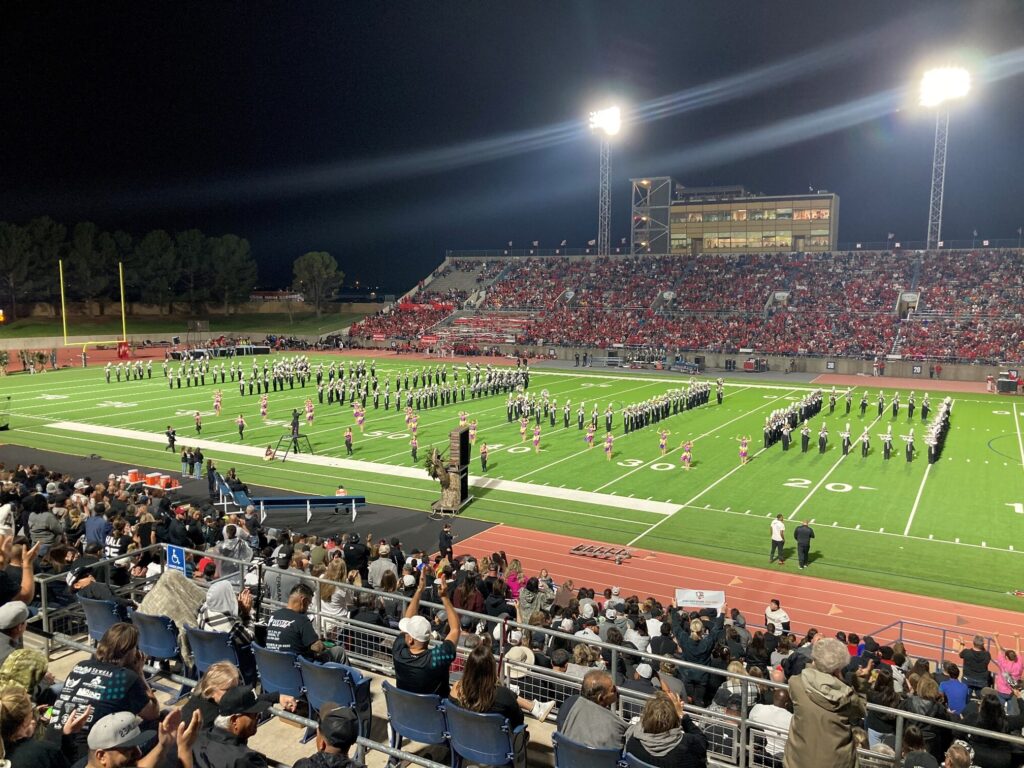 Permian has a serious defense and a ton of speed on both sides of the ball. The Panthers racked up 361 yards rushing and shut the Bronchos out on defense – the only OHS score came on a 90-yard kickoff return. Permian controlled last night’s contest from the opening whistle to the final knee and improved to a perfect 6-0 with the 38-7 victory. Next up, the Panthers host Midland Legacy’s Rebels.

How do we get tickets? And how early do we need to get there?