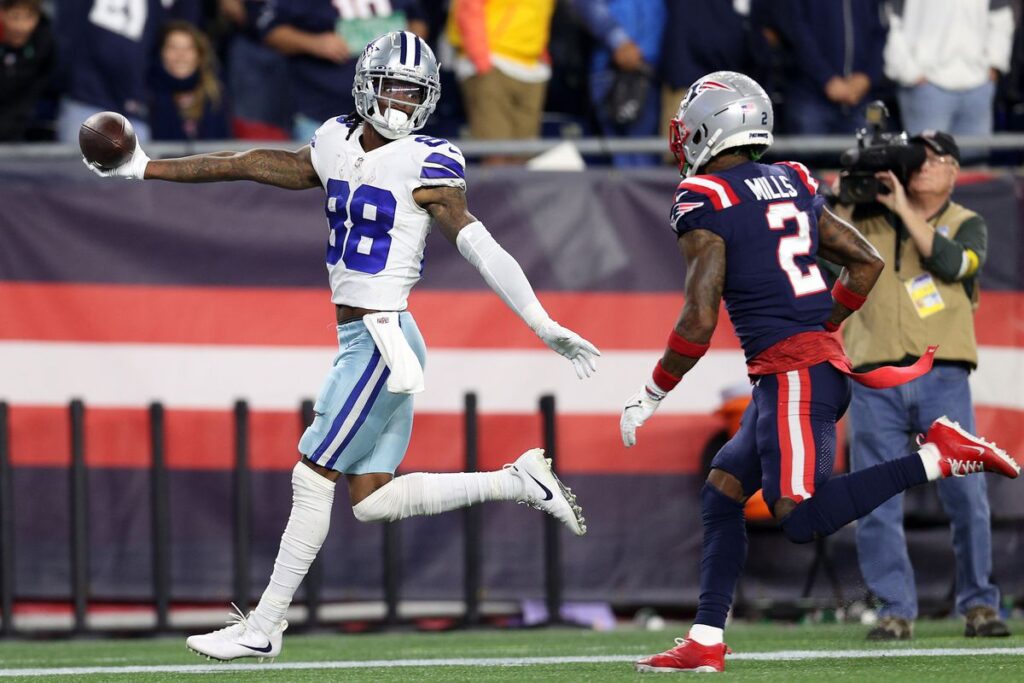 My long-standing policy is that if I cannot say something bad about the Dallas Cowboys, I won’t say anything at all. But it’s impossible to ignore how well the team is playing during  this five-game winning streak. Goodness gracious. I wouldn’t be honest if I didn’t address the current state of the Cowboys.

There’s no one in the NFL who throws the ball better on the run than Dak. The receivers are not just Cooper and Lamb; Schultz is open on every play and Cedric Wilson is making at least one crazy, critical, circus catch to keep a drive alive every week. Elliot and Pollard are running extremely well behind a surging offensive line. Trevon Diggs is a monster, single-handedly shutting down half the field. And the whole defense is playing with a passion and a confidence they haven’t shown in years.

The Cowboys have won more games than the rest of the NFC East combined and have a three-game lead in the league’s weakest division. And, right now today, I don’t know who’s going to beat them. This is seriously looking like a 13-3 year.

Or is it? Where is the dark cloud behind all these stars and rainbows? How and when will reality come crashing down on this team?

Here are a few things that give me hope this will blow up in Jerry’s plastic face. One, this team continues to make terrible mistakes. They made enough Sunday in Foxboro to lose a couple of games. Twelve penalties for over a hundred yards. They converted only three of thirteen third downs. Yet they made just enough big plays to eke out the overtime win. You can’t do that consistently against good teams. That kind of thing catches up to you as the season progresses and the games become more important.

Two, Mike McCarthy is still this team’s head coach. I guess he’s going to go for it on 4th and one from midfield on the first drive of every single game – that backfired into a Patriots’ touchdown Sunday. He forgot to call the timeout near the end of the game that would have forced a New England punt and given Dallas a chance to win the game in regulation. He’s not smart. The percentages and the time-tested odds mean more in the NFL than they do in any other sport. The math – for pity’s sake! – means more in the NFL than it does even in baseball. And McCarthy routinely forgets about or willfully goes against it. That won’t fly for long.

Three, this is the bye week. This is the time most teams get healthy and work hard on preparing for the rest of the season. For the Cowboys, this is the time when they hear about how well they’re doing and reject the hard work for a vacation in Cabo or a bender in Houston. Somebody’s going to get arrested this week.