The Dallas Cowboys are recognizing their inaugural season of 1960 this year with a commemorative patch on their uniforms and, evidently, by replicating the results from that expansion campaign. The Cowboys have allowed 146 points through their first four games this season, the most since those first-year Cowboys gave up 136 through their first four contests. They’ve allowed 38+ points in three straight games for the first time since 1960. And, had the Falcons not completely lost their minds in a once-in-a-lifetime onside kick meltdown two weeks ago, the Cowboys would be on their way to matching that first year’s 0-10 start.

It’s genius, right? Commemorating the 1960 origins of the team by playing like them?

Actually, that’s not fair to the 1960 Cowboys. That very first edition did not have a single draft pick on the roster. That team was built by an expansion draft in which the other twelve NFL teams were allowed to protect 25 of their 36 players and the Cowboys had 24-hours to select three men from each team’s bottom eleven. And that team played with heart. They didn’t win a single game that season – a 31-31 tie with the New York Giants in week eleven was the only non-loss – but they played hard enough to capture the city’s imagination and build a solid following.

This current Cowboys team makes those 1960 forerunners they’re trying to honor look like the ideal.

In yesterday’s blowout loss to the Browns, the Cowboys gave up 333-yards and 24-first downs — wait for it — in the first half! Cleveland averaged 7.7-yards per play over the first two quarters and, at one point, scored 34-unaswered points to take a 41-14 lead. The Dallas defense let the Browns second and third string backs run for 307-yards, the most rushing yards given up by the Cowboys in a single game in franchise history. The Cowboys defense is giving up a touchdown for every twelve passing attempts! This defense is all bad angles, over-pursuit, sloppy tackling, and zero discipline. It’s historically bad. 1960 bad. Which, again, is an insult to everyone who played in 1960.

But it’s not just the defense, the special teams are also killing the Cowboys. Watching Tony Pollard return kicks is like watching Rick Perry on Dancing with the Stars: he’s doing it terribly, I have no idea who chose him for the job, and his partners have to pretend like it’s good. Only the Cowboys can block an opponent’s PAT and have it turn into two points for their opponent. While the offense is rolling up points like a pinball machine, they have also turned the ball over a league-worst nine times in the first four weeks. And the Cowboys offense is the third most penalized offense in the league. It’s undoubtedly a complete team effort. 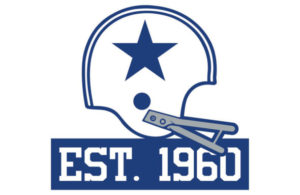 So, yes, let’s honor those 1960 expansion Dallas Cowboys. Let’s hear it for that collection of misfits and castoffs who lost their first ten games and finished without a win. At least those Cowboys had a clue. They knew where they were going and they had a plan for getting there. They had a creative and energetic general manager, a brilliant and innovative head coach, and an owner who stayed out of the way.