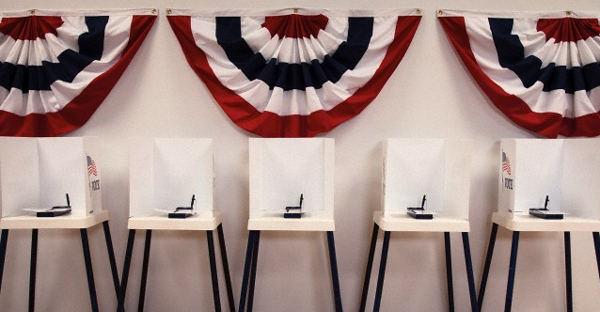 If you’re looking for something to read from a uniquely Christian perspective two weeks before the general elections, here are a few links to some really good articles. Regular readers of this space know my positions on the politics of this world versus the politics of the Kingdom of God. Hopefully, you’re also aware that I’m aware my positions are not perfect. In other words, I hope you know that I know there’s room for debate about my beliefs and practices. But I unapologetically maintain that the kingdoms of this world, the values and “truths” and motivations those kingdoms war to protect, and the foundational structures that keep those kingdoms going are completely opposed to the Kingdom of God, its values and truths and motivations, and its structures. The two kingdoms are totally opposite. And I find that it’s next to impossible to serve both.

However, most Christians I know will be voting in the general elections in two weeks. For a variety of reasons and motivations, with a mixture of hopes and concerns, most Christians will be heading to the polls. To those who are deciding to vote, I generally say something like this: I believe it’s OK to vote; just don’t pretend it’s an act of righteousness.

Randy Harris, a theology and ethics professor at Abilene Christian University, has written an article confessing the baggage he brings to these discussions. This is good for helping each of us come to terms with our own bias and prejudice as we consider how disciples of Jesus should engage the political systems of the world. Click here for his article “Electing to Follow Jesus: Claiming our Baggage.”

My brilliant brother, Keith Stanglin, has written a post on the Christian Studies blog called “Lewdness in Politics? Say It Isn’t So!” This is excellent social commentary tracing the media’s role — and our role — in giving us Trump and Clinton, the two candidates we actually deserve as a society. Keith shines a bright light on the hypocrisy of the media and those of us who indulge it with paragraphs like this:

“Lewd talk and sexual images, as well as those who peddle them, are mainstream. For instance, Howard Stern, once a shock jock who made a living and became famous for, among other things, treating women as mere objects for sexual stimulus, was, for four years, mainstreamed into culture as one of the celebrity judges on NBC’s family show ‘America’s Got Talent.’ Stern, whose comments on most topics make Trump’s look harmless, went straight from judging naked female bodies in his studio to judging women and children on stage, and no one seemed to notice or care.”

If you only read one of these articles I’m recommending, click here and read this one by Keith.

Christianity Today’s Andy Crouch questions why a lot of Christians are so quick to correctly criticize the Democratic nominee’s win-at-all-costs pursuit of personal and party power but reluctant, at best, to criticize the Republican nominee’s blatant disregard for Christian values and morals. This is an excellent article that points out and makes a strong case for the idolatry of Christians who justify their support of Donald Trump because of the Supreme Court justices that might or might not be appointed over the next four years. Here’s a sample of his article:

“There is a point at which strategy becomes its own form of idolatry — an attempt to manipulate the levers of history in favor of the causes we support. Strategy becomes idolatry, for ancient Israel and for us today, when we make alliances with those who seem to offer strength — the chariots of Egypt, the vassal kings of Rome — at the expense of our dependence on God who judges all nations, and in defiance of God’s manifest concern for the stranger, the widow, the orphan, and the oppressed. Strategy becomes idolatry when we betray our deepest values in pursuit of earthly influence. And because such strategy requires capitulating to idols and princes and denying the true God, it ultimately always fails.”

John Mark Hicks gives us a beautiful contrast between confidence in politics, politicians, and the nation versus confidence in our God, the Creator and Sustainer of Heaven and Earth. He uses Psalm 96 to draw a rich comparison between worry and worship. Click here to read “Say Among the Nations.”

And, finally, I don’t read Beth Moore; but I have a dear friend who, occasionally, will send me a Beth Moore post from her Living Proof Ministries blog. This one, “The Scandal of Election 2016,” is a reflection piece on faith in God as the sovereign ruler of the United States and, indeed, the entire universe, regardless of who wins the elections and which party is in power. In one section of her article, Moore describes how our political tunnel vision actually causes Christians to rationalize speaking and acting in decidedly unChristian ways:

“We are driving drunk on rage, swerving all over the road, fenders dangling and headlights shattered from our collisions with one another. Any means to our end. It’s okay to lie to shove people to the truth. To bully, harass, and threaten people publicly and relentlessly into doing the right thing. To twist the facts to straighten this mess out. To pull the covers off our opposition and throw them over our candidate. Our witness to the world has become the crimson-faced hysterical screams of Armageddon after Jesus said, ‘Fear not, little flock, for it is your Father’s good pleasure to give you the Kingdom.’ We are so void of vision that all we can see is a big fat ‘T’ in the road ahead. It’s right or left. There is no other way.

Poor, poor God. He’s down to his last two options. And poor, poor us for having such a poor, poor God. We are called to be a people of faith in a God who never needed a man-paved road to get anywhere. A dead end means nothing to the God of resurrection.”

Each of us has to make our own decisions regarding our Lord’s exhortation that no one can serve two masters. He says we will either hate the one and love the other, we’ll despise one and embrace the other; but we cannot submit to and serve both. Each of us has to decide what to do with Christ’s insistence that his Kingdom is not of this world. Again, I think it’s probably OK for Christians to vote; just don’t pretend like it’s an act of righteousness.