Do You See It?

“God gives life to the dead and calls things that are not as though they were.” ~Romans 4:17

Our Father doesn’t see Sarah’s barren womb; he sees the birth of a great nation. God doesn’t see a drowning prophet; he sees 120,000 Ninevites calling on his name. He doesn’t see a rejected Samaritan woman on her sixth husband; he see a powerful evangelist who converts an entire village. Our God doesn’t see a dark grave in a garden outside the streets of Jerusalem; he sees the light of eternal life walking out of that tomb to eternally defeat the powers of sin and death.

“God gives life to the dead and calls things that are not as though they were.”

I see our worship center at Legacy this Sunday with more than 1,600 people in it. Maybe 1,700. It depends. I see Doug Crowell and Steve Fleming scrambling to grab chairs and line the aisles as people just keep coming in. I see people who haven’t been to Legacy in months singing and worshiping God with tears in their eyes. I see visitors, our friends and neighbors, who don’t know our Risen Lord being confronted with the truth of the Gospel of salvation and being moved by our God to respond in faith. I see wet people climbing out of a baptistry, saved by the blood of the Lamb. I see the North Richland Hills fire marshal writing us warning citations for violating occupancy codes. I see our God exceeding our wildest expectations for Easter Sunday and our Resurrection Renewal.

Do you see it?

I know you’re praying about it. But, do you see it?

Invite those people you haven’t seen here in a while. Reach out to that man across the street. Hand a flyer to your dry cleaning guy or the lady who cuts your hair. And this weekend, let us call on our God who gives life to the dead to “call things that are not as though they were.”

I can’t wait to meet your friends!

One of our teens at Legacy is doing some kind of a school project that involved me giving her my list of the top ten most important books of all time. It was fun. I thought I’d share. These are the books that have had a dramatic impact on my life and have served to shape my mindset and worldview. In no particular order: 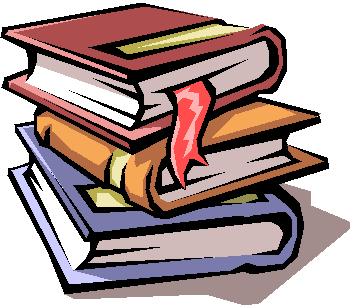 The Bible (OK, the first one’s in a particular order…)
The Screwtape Letters by C. S. Lewis
Amusing Ourselves to Death by Neil Postman
The Reason for God by Timothy Keller
Lord of the Flies by William Golding
Animal Farm by George Orwell
Tom Sawyer by Mark Twain
Grapes of Wrath by John Steinbeck
Tending the Heart of Virtue by Vigen Guroian
The History of the Decline and Fall of the Roman Empire by Edward Gibbon

Looking back at this list now, I wish I had put H. G. Bissinger’s Friday Night Lights in there. I guess I’d take out Grapes of Wrath or the Decline and Fall.