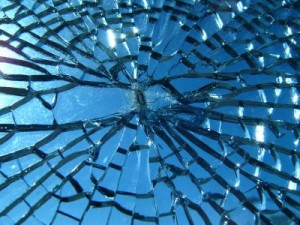 God has placed the Central Church of Christ in the middle of a terrible, terrible place. There is so much hurting, so much pain in the downtown Amarillo neighborhoods. There is so much poverty and violence, addiction and unemployment, physical sickness and depression. Brokenness. This is a tough place, a place that so obviously reminds us that while the Kingdom of God is coming, it hasn’t come yet. It hasn’t arrived yet in all of its promised glory and power. Every knee has not yet bowed, every tongue has not yet confessed that Jesus is Lord. Until that day, Satan roams and destroys. It’s especially evident on the streets around our church building.

We took to these streets again last night. As representatives of our King and his Kingdom, we spent three hours last night changing oil in people’s cars, washing their trucks, sorting and folding and paying for their laundry, delivering cookies and prayers. We hugged people and laughed, we prayed with people and cried. We met kids and grandkids, old men and women near the ends of their lives, and younger families who can’t seem to catch a break.

Four or five of us wound up ministering to a woman in a terribly desperate situation. She had been assaulted the night before and beaten to the point that she suffered a miscarriage and lost the baby she had been carrying for a couple of months. She had spent the night in the hospital. The man who beat her — the father of this child and the husband of another woman — had spent a few hours in jail. And when this woman showed up at the laundry-mat last night to do a couple of free loads of laundry, this man showed up, too. He was looking for her. And she was terrified. Afraid for her life. We drove her back and forth to her house a couple of times, had a long conversation with a couple of police officers who verified all the details of the horribly twisted story, prayed with this woman, bought her some minutes for her phone, and left her at the house of a friend. Ten minutes later the Central elders and ministers were earnestly praying for her in the Upper Room. This morning, I spent about fifteen minutes with her at Loaves and Fishes. She’s in there right now singing “Blessed Assurance” with Kevin and Roman, hugging Lena, and learning that God’s people really do love her and care about her.

And I’m not sure I know what to do with this.

Kevin and Lon and another group last night discovered and engaged a man who was living against the cinderblock wall on the west side of the car wash. This is all happening within two blocks of our church building. And I’m not sure I know what to do with it.

You know, we changed oil in almost 30 cars, we did about fifty loads of laundry, and delivered a hundred dozen cookies in this neighborhood last night. Now what? Oh, I’m struggling with this.

There’s a part of me that wonders if the Kingdom of God wouldn’t be better off if I vowed to never preach in a Sunday morning congregational setting ever again and spent all of my time instead talking about Jesus to people who don’t know him. I think I justify my existence as a preacher with passages like Ephesians 4 that tell me I’m encouraging and equipping and motivating God’s people to do these good works. And the Holy Spirit specifically gifts people to do that equipping and encouraging. I suppose I should be doing both. And I don’t  — not very well.

I can only think of one or two reasons why anybody outside the downtown area would be an active member here at Central. Why would you drive past other churches on the outskirts of town to come to Central? The building is old, the parking situation is awful, and the preaching isn’t nearly as good as it should be. Neither is the preacher. The only reason is that here at Central a person is continually confronted with the true brokenness of this world. An active member of the Central Church of Christ is forced to see and engage this planet in all of its trouble and sin. It’s impossible to ignore. We’re made to wrestle with a God who allows such terrible pain, we’re compelled to question a God who moves so slowly to fix things. We’re challenged and stretched. We’re made to look at life in new ways, to question our roles in what God really is doing with this messed up place. We have to sacrifice and serve, we’re humbled and forced to see our own shortcomings reflected in the sins of those around us. Oh, man, it’s hard.

I think maybe here at Central we’re becoming more like Jesus. Whether we want to or not, we’re becoming more like Christ as we sacrifice and serve, as our hearts are broken by the sin around us, as our souls cry out to God for justice and redemption, as we are deeply moved by the plight of others. So, yeah, at the laundry-mat and at Loaves and Fishes, at Ellwood Park and Bullard Auto and in Sneed Hall, we are becoming like Christ. That may be the only reason to be an active member at Central.

I would suggest that’s the only reason needed.