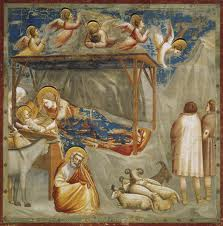 As children of God, we believe we are called to imitate God and to join him in doing the same kind of work he’s doing. So, at Christmas time we ask: What was God doing at that stable in Bethlehem? What does the birth of Jesus tell us about God’s great work? And how do we partner with him in doing that work?

In sending his Son to this sick and dying world, our Father is reaching out to people in need. He’s seeking people who are wounded. He’s treating them as equals. He’s coming alongside them, getting his hands dirty with them.

Through Jesus, God acts to lift the lowly, to feed the hungry, to heal the sick, to forgive the sinner. God, through his Son, turns chaos into peace, shines light into darkness, turns the lost into the saved, and changes the dead and hopeless into the eternally alive. God in Christ, having put on our earthly flesh, tears down barriers, destroys distinctions, and fixes what’s wrong. As children of God and disciples of his Christ, we’re called to the same purpose.

We’re called to join our God as partners in this incarnation work. We’re committed to seeking out people in need. We’re resolved to open our doors and our hearts to the lonely and distressed people in our communities who are dying for a word of grace from our King.

What happened among the animals and the shepherds that night is revolutionary. It turned the world upside down. And we’re called to no less today.

May God through Christ bless you richly during this special season with his everlasting joy and peace.